"Thank you for the #Andhadhun love," he captioned the video. 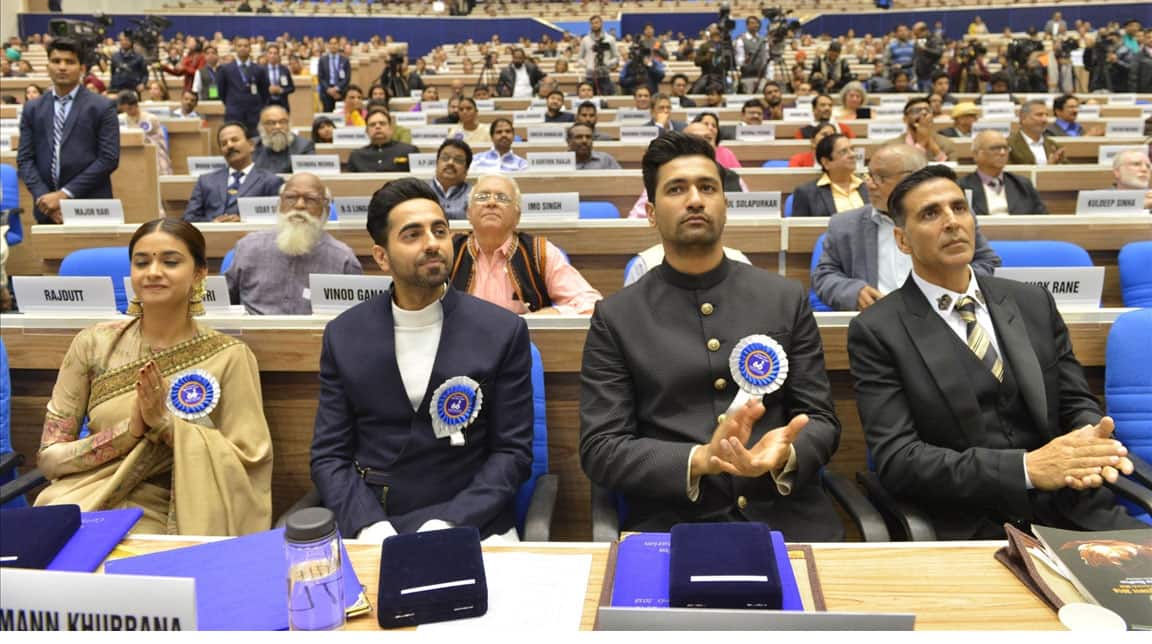 New Delhi: Bollywood personalities were recognised for their excellence and contribution to Indian cinema at the 66th National Film Awards ceremony in the Capital on Monday.

Actor Ayushmann Khurrana, who received his first National Award as Best Actor for a complex role in "Andhadhun" took to Instagram to thank fans.

Ayushmann posted a short clip from the event that shows him receiving the award from Vice President M. Venkaiah Naidu. The actor was dressed traditionally at the event, a white kurta-churidar paired with a black overcoat.

"Thank you for the #Andhadhun love," he captioned the video.

Ayushmann shared his Best Actor trophy with Vicky Kaushal, who was feted for his role in "Uri: The Surgical Strike". Filmmaker Aditya Dhar won the Best Director award while Shashwat Sachdev received the award for Best Music Direction (Background Music) for the same film.

Actress Yami Gautam, who featured in the film, took to Twitter and described it a "moment of immense pride and gratitude for us!" She added: "Congratulations to Aditya, Vicky, Shashwat and Bishwadeep da for their very well deserved National Awards".

"The experience of going on stage and receiving the award was surreal and filled with pride. I had made this film without any expectations but the love we have received is unparallel. For me this was more special because my father and my partner Aleya Sen, who is also the producer of the film were present at the ceremony and our company Chrome Productions has won a National Award with its Maiden film project 'Badhaai Ho'," he said.

"'Padmaavat' has had a journey of its own and that has made this film even closer to my heart. Especially, the film's music was something I personally loved. Whether 'Ghoomar' or 'Binte Dil', they had their own beauty. Deepika, Ranveer and Shahid also gave amazing performances.