Hollywood star Brad Pitt says his upcoming sci-fi drama "Ad Astra" deals with the modern concept of "masculinity", and shows how the old beliefs act as a barrier for many. 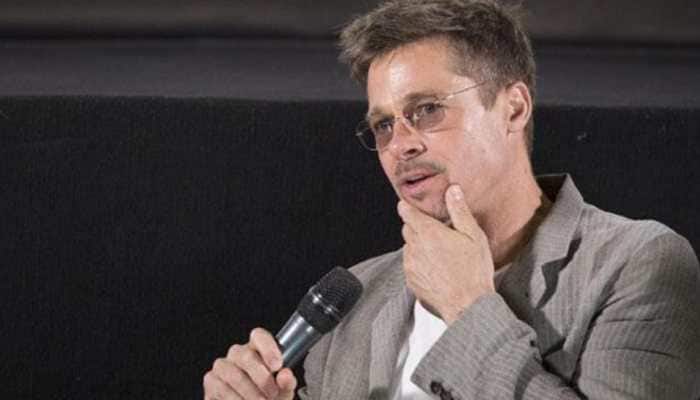 Venice: Hollywood star Brad Pitt says his upcoming sci-fi drama "Ad Astra" deals with the modern concept of "masculinity", and shows how the old beliefs act as a barrier for many.

In James Gray's "Ad Astra", Pitt is seen in the role of an astronaut who is determined to travel to the farthest reaches of the solar system to find his lost father, and who grapples with existential questions.

"In retrospect, I look back on our early conversations -- James and I -- and what we were really digging at, without labelling it so much, was this definition of masculinity," deadline.com quoted Pitt as saying.

"Having grown up in an era where we were taught to be strong, not show weakness, don't be disrespected, and so on and so forth, there's certain value in that as far as entering into the world and holding your own, but there's also a barrier that's created with this kind of embracing of the self, because you're denying, to a sense, those pains or the things (that make) you feel shame, whether real or imagined, the regrets in one's life," added the actor at the press conference at Venice Film Festival.

With the film, they were looking to find answers to it.

"We were asking the question, is there a better definition for us? Does being more open provide you with a better relationship with your loved ones and with yourself? At the end of the day, that's certainly what we were after," added the actor, who flaunted his beefed-up look at the film fest.

Zeenat Aman is mesmerized by beauty and cleanliness of Nagaland