Income Tax raid was conducted on Wednesday at filmmaker Anurag Kashyap, Taapsee Pannu and Vikas Bahl's residence in Mumbai. The actress was recently in news for slamming the Supreme Court's verdict in asking a rape accused if wanted to marry the survivor. 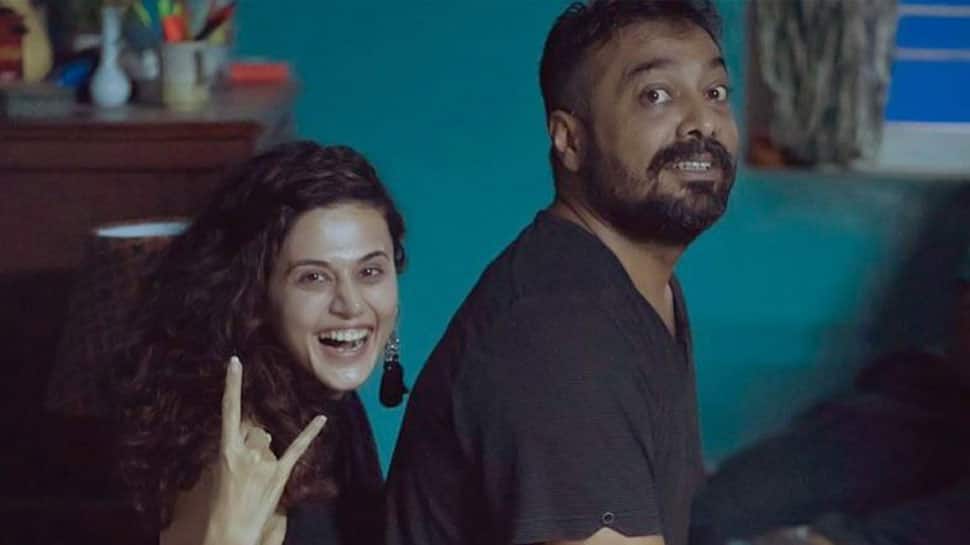 Initial reports suggest the raids are being conducted in connection with the production and distribution company Phantom Films helmed by Anurag Kashyap, director Vikramaditya Motwane, producer Madhu Mantena and Vikas Bahl. It was founded in 2011 by these four.

However, the company was dissolved in October 2018.

According to PTI, the officials said the action is part of a tax evasion probe against Phantom Films, which was dissolved in 2018, and its then promoters Kashyap, director-producer Vikramaditya Motwane, producer Vikas Bahl and producer-distributor Madhu Mantena, they said.
Sources said some inter-linked transactions between the entities searched are under the scanner of the department and the raids are aimed at gathering more evidence to further probe tax evasion allegations.

Founded in 2011, Phantom Films produced films such as "Lootera", "Queen", "Ugly", "NH 10", "Masaan" and "Udta Punjab". Kashyap later launched a new production company called Good Bad Films while Motwane launched Andolan Films. The searches against Mantena are also being carried out in the context of his links with KWAN, of which he was a co-promoter.

Recently, Taapsee was in news for slamming the Supreme Court's verdict in asking a rape accused if he wanted to marry the survivor. She has tweeted about the same along with a few other celebrities such as singer Sona Mohapatra.