Cameron Boyce's father opens up about his death, says he 'can''t wake up' from 'this nightmare'

Victor said that the wishes he and his family received have helped "ease the pain of this nightmare I can't wake up from. 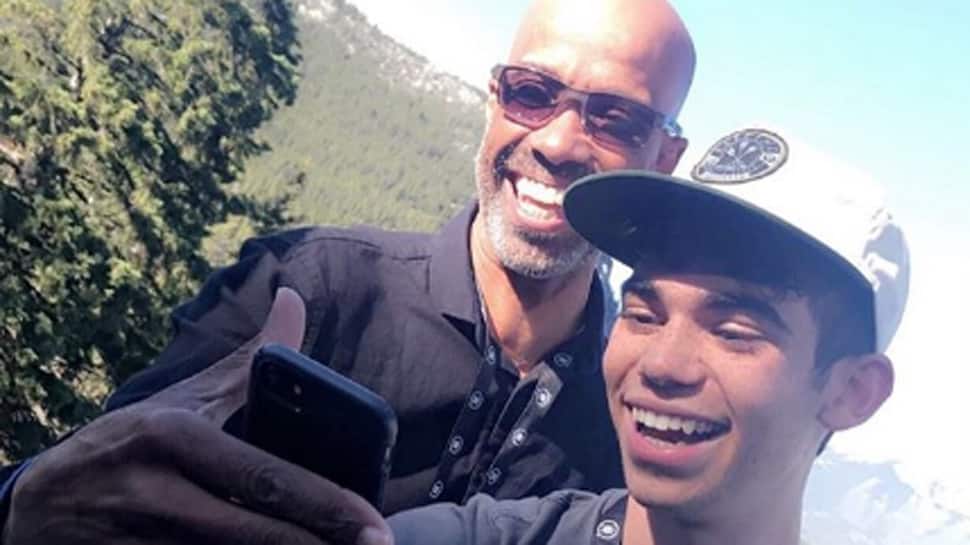 Washington: Disney's star Cameron Boyce father Victor Boyce, on Monday, opened up about the actor's death. Victor also thanked Cameron`s fans on Twitter writing, "I`m overwhelmed with the love and support our family has received." Victor said that the wishes he and his family received have helped "ease the pain of this nightmare I can`t wake up from."

"I can`t thank you guys enough," Victor added. Boyce, known for his roles in Disney`s `Descendants` and its Channel show `Jessie`, died on Saturday."He passed away in his sleep due to a seizure, which was a result of an ongoing medical condition for which he was being treated. The world is now undoubtedly without one of its brightest lights, but his spirit will live on through the kindness and compassion of all who knew and loved him," the spokesperson said in a statement obtained by People.

Disney Channel's President and Chief Creative Officer Gary Marsh wrote in an email, "His generosity of spirit, his joyful embrace of all life has to offer, and his unwavering commitment to social justice was only a few of the traits that made us all fall in love with him... From `Jessie` to `Jake and the Neverland Pirates`, to `Gamer`s Guide`, to his most recent work on `Descendants`, Cameron has been a humble and hilarious presence in our lives -- and the lives of tens of millions of kids -- for nearly half of his 20 years."

Besides fans, many celebrities too mourned the death of Camron and paid their tributes to the late star on social media."Too young. Too sweet. Too funny. Just the nicest, most talented, and most decent kid around. Loved that kid," Actor Adam Sandler wrote on Instagram of Cameron, who played his on-screen son in `Grown Ups` and `Grown Ups 2`.

"Cared so much about his family. Cared so much about the world. Thank you, Cameron, for all you gave to us. So much more was on the way. All our hearts are broken. Thinking of your amazing family and sending our deepest condolences," Sandler, 52, said.

Meanwhile, Eston who shared the screen space with Boyce on the comedy series `Jessie` as the latter`s onscreen father, also mourned his demise.

"My family and I are devastated today, by the loss of our young and amazing friend, Cameron Boyce. Years before I was blessed to play his father on JESSIE, we were blessed to know him and his wonderful family at the elementary school our kids all attended together," he tweeted.