Veteran actress and internet sensation Taimur Ali Khan's grandmother, Sharmila Tagore, says the only way for the family to deal with the paparazi frenzy over her grandson is to accept it. 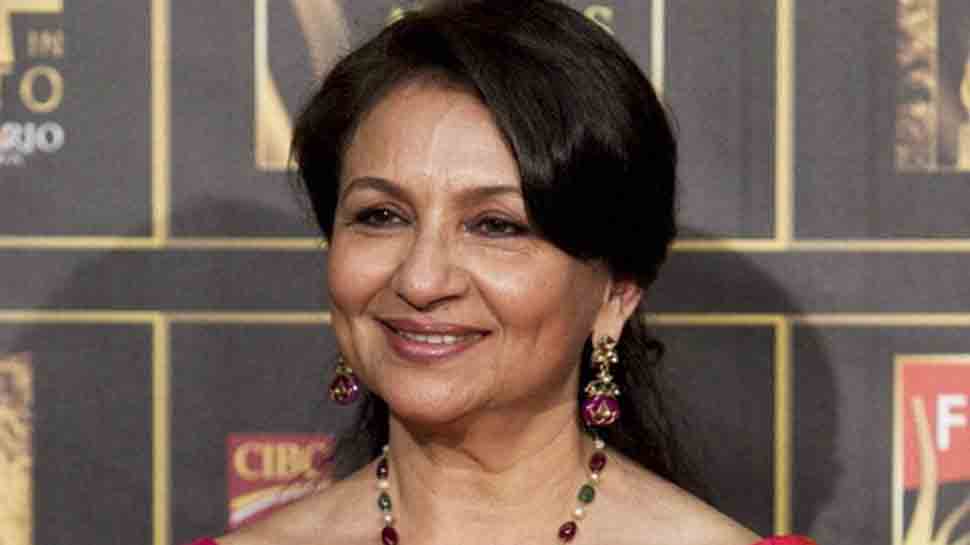 Mumbai: Veteran actress and internet sensation Taimur Ali Khan's grandmother, Sharmila Tagore, says the only way for the family to deal with the paparazi frenzy over her grandson is to accept it.

The two-year-old son of Saif All Khan and Kareena Kapoor is always surrounded (hounded) by a bunch of paparazis.

On Sunday, interacting with the media at the HELLO! Hall of Fame Awards 2019, the 74-year-old former silverscreen queen said: "I suppose we have to live with it. This is the age of social media. I don't think anything can be done about it."

She feels if one cannot beat the trend then one should join it. However, she is also apprehensive. She feels the excessive media coverage is not good for Taimur as he is too small to deal with it.

"I am very old-fashioned. I don't think children should be exposed to all this.

"However I learnt from Sara (Sara Ali Khan, Taimur's half-sister) to say if you can't beat them then join them," she told the media here.

Taimur's pictures regularly feature on Page 3. He catches more eyeballs apparently than any actor's kid of the film industry.

When asked what Sharmila felt about that, she said: "I guess I should be happy about it but I don't think it's very good for the child."

She received the Lifetime achievement award at HELLO! Hall of Fame Awards 2019.

"I think it's a great honour. It's a recognition from very prestigious media house so, I am very honoured. I suppose they are giving me award for working many years in this wonderful film industry," she added.

Sharmila Tagore, who was launched by the iconic filmmaker Satyajit Ray, has worked in many successful Bollywood films like "Aradhana", "Kashmir Ki Kali", "Chupke Chupke", "Amar Prem" and amongst others.

Asked about her most memorable moment in her long film career, she said, "There is not one, but many. All the films that I have worked in are my favourites. They are like my children.

"You can't have one favourite child so, in short, while I can't pinpoint one, maybe I'll write it in my memoirs someday."