Veteran singer Udit Narayan who sang a few ghazals and a song for the late composer said, "Every single composition and work of Khayyam sahib is immortal and we will not be able to forget it. May he rest in peace." 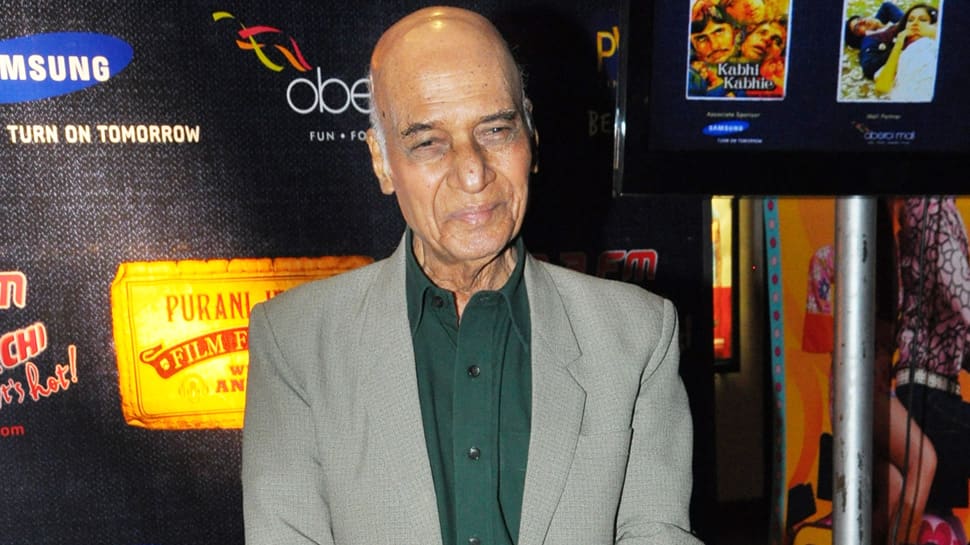 Mumbai: Scores of people, including celebrities and those from the film industry on Tuesday thronged the residence of legendary music director-composer Zahur `Khayyam` Hashmi who passed away here a day ago.

Veteran singer Udit Narayan who sang a few ghazals and a song for the late composer said, "Every single composition and work of Khayyam sahib is immortal and we will not be able to forget it. May he rest in peace."

Praising Khayyam for his love and affection, Udit said, "Whenever I used to invite him for parties or functions he used to readily show up and bless me. He was even a good host. Whenever I visited him, he used to offer me food. He was very loving. Khayyam made me sing a few ghazals and a song. Though the movie was not a big one the song was beautiful. He praised me for singing the song," he continued.

"It seems the song `Kabhie Kabhie` was created for us," Udit said singing a few lines of the song.

Another veteran singer, Alka Yagnik, who worked with the late music director in art and offbeat films, said: "Everybody knows how talented and fantastic composer he was!"

"I have worked a lot with him in art and offbeat films. He was affectionate and loving. Khayyam was very particular about his work. I used to be afraid and in dilemma, if I would be able to work with him. But his praises for my singing and blessings increased my confidence and I worked with him. He has made me sing many songs and recorded many in my studio," she continued.

"Whenever he used to come to my studio I too used to join him. Khayyam, Jagjit and I used to sit and eat together and chitchat. The couple even came to my place over dinner and Khayyam was in touch with my family as well. We are missing him a lot. He used to guide me. Even if a person dies his legacy goes on in the form of his work and memories," she added.

"Even Jagjit is not keeping well. Recently, I met her and she informed that she is better now. She was not in a condition to talk I will visit her again," she said.

Amitabh Bachchan reveals 75 percent of his liver is gone