The 37-year-old star made the happy announcement that she's expecting her first child with her boyfriend by sharing a photo on Instagram featuring herself holding a sonogram over her bump while standing beside her beau. 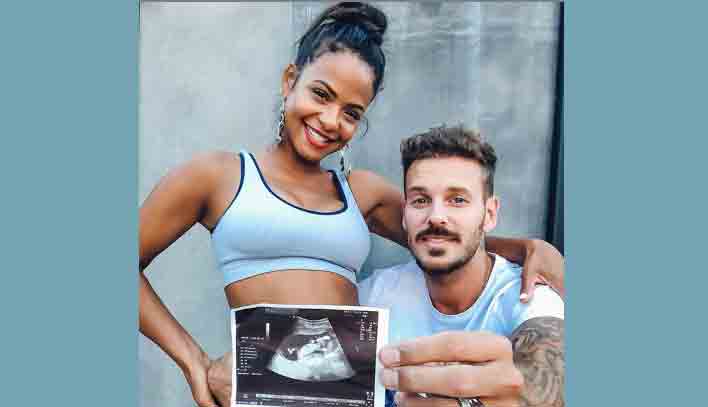 Washington: Congratulations are in order for American actor-singer Christina Milian and her boyfriend Matt Pokora!

The 37-year-old star made the happy announcement that she's expecting her first child with her boyfriend by sharing a photo on Instagram featuring herself holding a sonogram over her bump while standing beside her beau.

"New release 2020! What a blessing. Let's do this babe @mattpokora," she captioned the image.

Pokora, a French singer, went on to share a black-and-white version of the same image on the photo-sharing application.

"Legacy on the way," he wrote, adding the hashtag "Happy man."

Milian and Pokora have been together for two years now. This will be Pokora's first child.

Milian is also a proud mother to daughter Violet Madison (9), whom she shares with her ex-husband, producer-rapper The Dream. The former couple announced their split in 2010, four months after Violet was born, reported Us Weekly.

Opening up about Pokora, whom she has been dating since 2017, in a recent interview with Hollywood Life, as cited by People, the actor shared that she's "really happy."

"He's honest and we have a really great relationship. This is different than anything I've ever experienced and I'm really happy the universe brought us together," she continued.

Dropping a hint of having a family of their own, she revealed she wanted to have "just one more" child.

"I definitely want to have another child in the future. I don't know when it would be, but I kind of feel like because I know I want two, I know that whenever it happens, I'll be ready! I'll let God handle that!" she added.

Days before announcing her pregnancy news, Milian was photographed walking and laughing in Los Angeles.