Actor Arjun Kapoor has shared that he has competed for 60 percent shooting of the upcoming war drama film "Panipat". 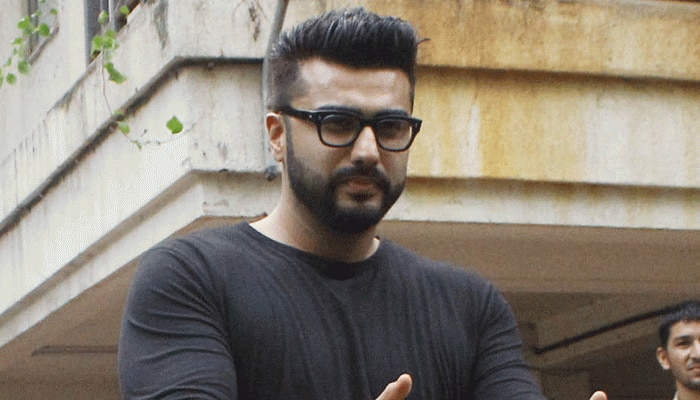 Mumbai: Actor Arjun Kapoor has shared that he has competed for 60 percent shooting of the upcoming war drama film "Panipat".

Since Arjun started the shooting of "Panipat", he has been keeping his look a secret and he often appears at public events wearing a cap or a hat.

Asked if there is any particular reason behind it, he said: "We are hiding my look because Ashutosh (Gowariker) Sir feels that when I'll be presented in the role of Peshwa in front of the audience, that time it should create maximum amount of impact.

"I think Neeta Lulla (designer) has done a really good work for my look in terms of costumes so, I wanted to come out the way it should and that's what even Ashutosh Sir wants.

Arjun was interacting with the media at the launch of Spring Season 2019 collection of Emporio Armani here on Friday.

"It is a really exciting film. So far, we have completed 60 per cent of the film. We will complete remaining shooting of the film in the next two months and by the end of the year, people will be able to see my look in the film."

Arjun is playing the role of Sadashivrao Bhau in the film who served as the Sardar Senapati (Commander-in-Chief) of the Maratha army during the third battle of Panipat.

Asked whether he is feeling any kind of pressure as it's his first period drama film, he said: "When you are busy in a shooting environment that time, you don't think about pressure and try to give your best.

Arjun's sisters Sonam Kapoor and Janhvi Kapoor are known as fashion icons in the film industry.

What is his style mantra?

He said: "I feel my sisters are being more appreciated for style than me. I think when it comes to dressing up and style, you should follow your impulse and do what you feel is right.

"People around you will tell you many things to experiment with your outfits but in the end, you should feel comfortable wearing it."

"I often see people experimenting with their clothing by taking advice from other people but that doesn't suit them but I always prefer to wear things that suit me the best because you know yourself more than anyone else. I feel if you are comfortable in your clothing then you look more confident."