Daddy Saif Ali Khan turns Taimur's playmate for the day and the pics are adorable! 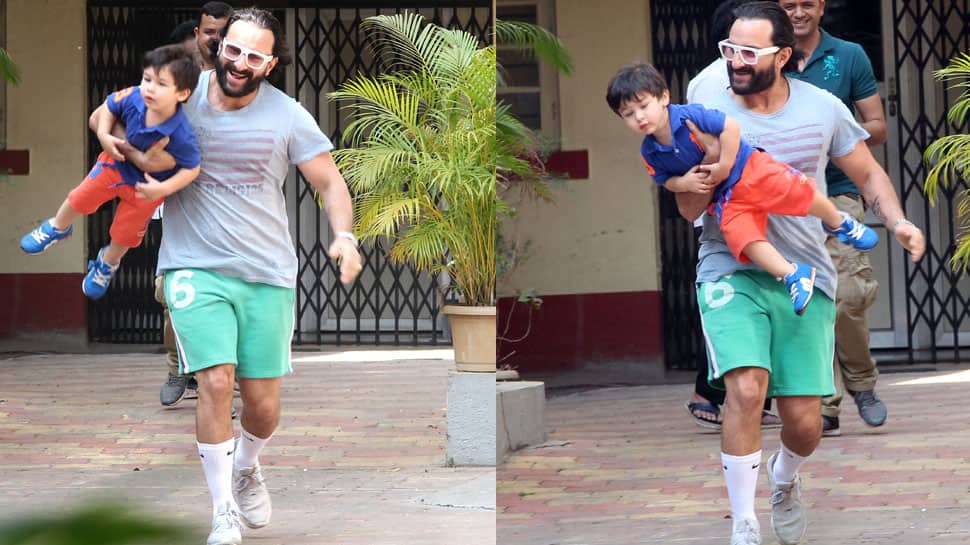 New Delhi: The chhote Nawab Saif Ali Khan was recently seen in Bandra, playing with son Taimur Ali Khan and the pictures clearly prove that this father-son duo had a fun time. Saif lifted little Tai Tai up in the air and played with him like kids usually love to. While Saifu was clicked wearing a grey t-shirt, green shorts and white sunnies, Tim wore a bright blue t-shirt and tangerine shorts. A few days back, Taimur was clicked on the sets of daddy's upcoming web-series 'Sacred Games 2'. And as usual, his pictures made it to social media. Well, how can we miss out on our daily dose of Taimur? Check out their recent clicks:

Of late, Saif and Taimur have been seen playing together on a couple of times and certainly, it turns out to be a photographer's delight. Recently, little Tai Tai was seen enjoying a game of football with daddy cool. 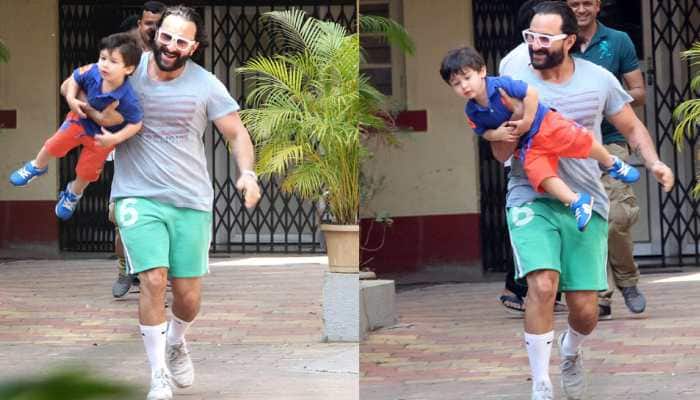 On the work front, Saif's act as Inspector Sartaj Singh in 'Sacred Games' impressed one and sundry leaving the audience eagerly waiting for its second part.

The show also starred Radhika Apte and Nawazuddin Siddiqui among others. 'Sacred Games' is a thriller based on Vikram Chandra's 2006 novel of the same name. The first Netflix original series in India, it was helmed by renowned filmmaker Vikramaditya Motwane and Anurag Kashyap, who also produced it.