The new version of Saki has been recomposed by Bollywood's king of recreations, Tanishk Bagchi, and sung by Neha Kakkar and Tulsi Kumar. 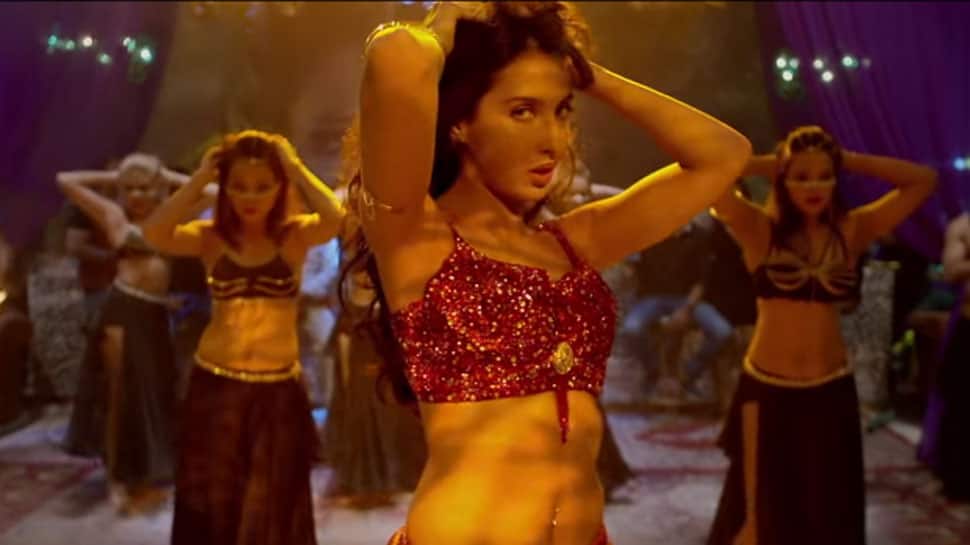 Mumbai: Dancer-actress Nora Fatehi is back with another recreation of an old hit dance number, and she is sure setting the temperatures soaring once again.

Nora's new dance is a new-age version of the song "Saki", for the upcoming John Abraham-starrer, "Batla House". The dance number is a recreation of the hit song of the same name from the 2004 film "Musafir".

The Canadian-origin dancer-actress says bagging this opportunity is no less than a dream.

"Saki" follows "Dilbar", her hit dance number in last year's "Satyameva Jayate", which was recreated from a Sushmita Sen's original dance in the 1999 film, "Sirf Tum".

The new version of "Saki" has been recomposed by Bollywood's king of recreations, Tanishk Bagchi, and sung by Neha Kakkar and Tulsi Kumar.

"Getting the opportunity to be able to perform on a song like 'saki', which has been made on such an epic level by Tanishk, and sung by Neha and Tulsi, is a dream," said Nora.

"The way Tanishk has composed this song is out of this world and I knew that visually I'd have to match up. I learnt to dance with fire fans for the first time in only three days," she added, about the challenging dance moves.

"The fire fans were heavy and dancing with fire is very risky. It was difficult to manoeuver and dance with them effortlessly. Thankfully, I had the drive to do it because I wanted the audience to see me add something new to my dance (repertoire).

"The best part is I am acting in the film 'Batla House', so my character's performance to the song leads up to a very important sequence that carries the story forward," she shared.

Choreographed and directed by Adil Sheikh, the teaser of the song that released two days ago, has already garnered great traction from netizens.

Tulsi is positive about "Saki" becoming the dance anthem of the season. "In the past as well, everyone grooved to the track and it's back in a completely new version.

"This year is about reinventing my voice, challenging myself to show a different side of my vocal quality. With this song, I have pushed my boundaries," added the "Dekh lena" singer, popular for crooning romantic soft numbers.

With this song, Tulsi steps into the domain of "high on energy, peppy dance tracks".

"I am completely enjoying (the experience)," she said.

While the musical team of "Batla House" is gung-ho about the song, Koena Mitra, who featured on screen in the "Musafir" number, wasn't too impressed.

"My song from 'Musafir', 'Saki', has been recreated. The combination of Sunidhi, Sukhwinder, Vishal and Shekhar was outstanding. (I) Didn't like the new version, it's a mess!" Koena tweeted.

The original track by composers Vishal-Shekhar was sung by Sunidhi Chauhan and Sukhwinder Singh.