Deepika Padukone and Ranveer Singh pose with a little fan; netizens want them to have a baby asap!

Yet another pic of Deepika and Ranveer has gone viral and it has them posing with a cute little fan. 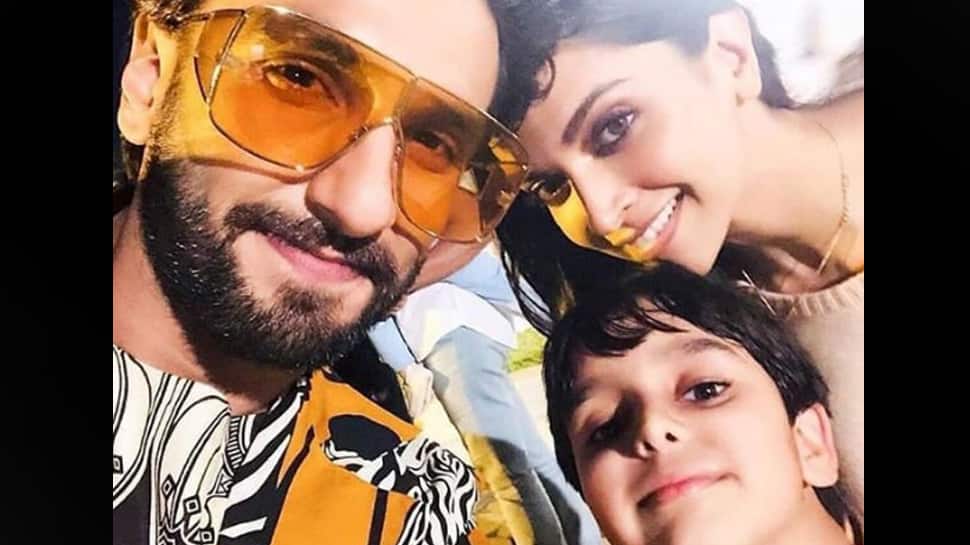 New Delhi: Bollywood's power couple Deepika Padukone and Ranveer Singh's dreamy Italian wedding was the talk of the town in November last year. The couple tied the nuptial knot on November 14 and shared their first pics as man and wife the next day. Ever since Deep-Veer got married, fans have been in awe of the couple and love to see them together. The couple's pics go often go viral and attract the attention of netizens.

Yet another pic of Deepika and Ranveer has gone viral and it has them posing with a cute little fan.

Check it out here, as shared by Ranveer's fan page on Instagram:

As soon as the pic made its way on Instagram, fans went berserk and started wondering when will they have their very own baby!

Check out some comments:

Well, only time will tell when the star couple plans to expand their family.

For now, Deepika and Ranveer are busy with work commitments.

Ranveer has Zoya Akhtar's 'Gully Boy' slated to release on February 14. The film stars Alia Bhatt opposite him and is high on the buzzword ever since its impactful trailer released. The actor has also started prepping up for Kabir Khan's '83. Apart from these, the 'Padmaavat' star is a part of Karan Johar's period-drama 'Takht'.

Coming to Deepika, the actress is all set to produce and act in Meghna Gulzar's 'Chhapaak'.

The actress will portray the role of acid attack survivor Laxmi Agarwal in the film.

Sridevi's first death anniversary to be observed on February 14