The duo has been bonding with each other of late. 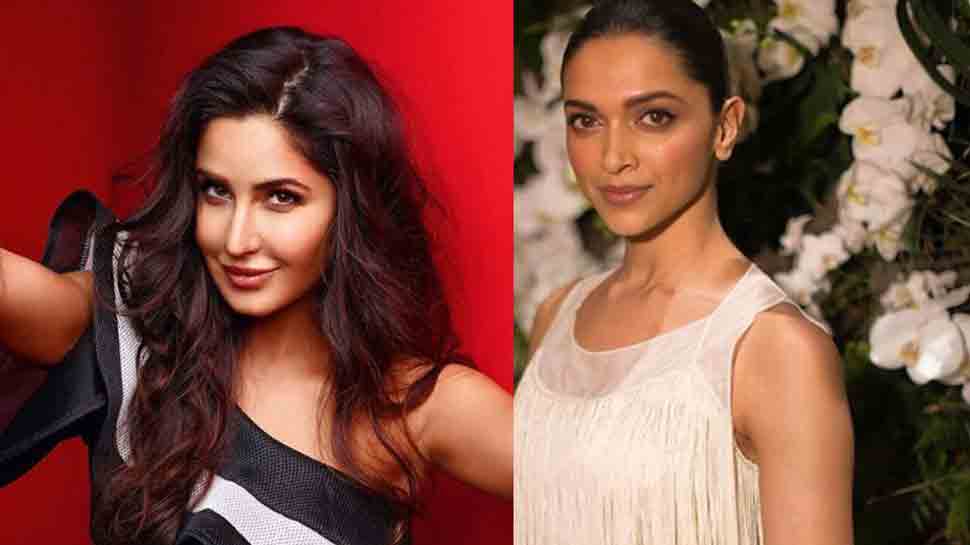 It is no secret that Katrina Kaif and Deepika Padukone shared a cold equation because of their common past Ranbir Kapoor. However, that was all past as Deepika is now happily married to Ranveer Singh while she maintains a healthy bond with Ranbir, who has now moved on with Alia Bhatt. Katrina, on the other hand, has shifted her focus completely to her work.

Only recently, we saw Katrina Kaif attending the wedding reception of Ranveer and Deepika. And of late, both of them have now started following each other. Katrina had even expressed her desire to attend Deepika's wedding when she appeared as a guest on Karan Johar's show 'Koffee With Karan'.

And now, we have got our hands on a video where the two leading ladies are seen hugging each other, and it appears that it was Deepika's husband Ranveer Singh who made them put their rivalry to rest. In the video, Katrina first hugs Ranveer and then Deepika, probably ending their decade-old cold war and we can't control our excitement. The video is said to have been captured at the Star Screen Awards 2018, which took place in December.

Check out the clip below:

On the work front, Katrina is busy with Ali Abbas Zafar's 'Bharat' where she has been paired opposite Salman Khan. Deepika, on the other hand, has been cast as the lead in Meghna Gulzar's biographical 'Chhapak', based on the life of acid-attack survivor Laxmi.

Kader Khan was backbone of my cinema: David Dhawan