Fans can catch Naina and Bunny back in action in the adorable video shared by the 'Piku' actor on Instagram. 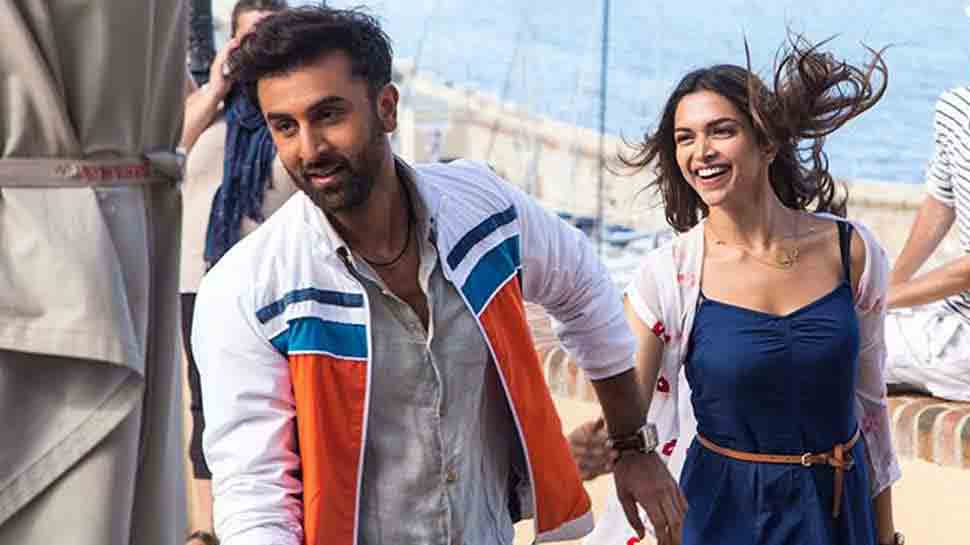 New Delhi: Deepika Padukone and Ranbir Kapoor took fans down the memory lane with their sizzling chemistry in the film 'Yeh Jawaani Hai Deewani'. As the film clocks six years of its release on Friday, the duo can be seen 'goofing around' by dancing on the peppy track 'Balam Pichkari' from the film.

Fans can catch Naina and Bunny back in action in the adorable video shared by the 'Piku' actor on Instagram, which seems to be shot inside a vanity van, capturing the duo in a lively mood. Both the actors can be seen grooving on the hit track 'Balam Pichkari'.

"Naina and Bunny goofing around.....," she captioned the post. Deepika is winning hearts with her black ensemble and completing the look with a neat bun whereas Ranbir is looking dapper in a formal white shirt and black pants.

My Bunny & Naina are the best

I love this gang with Ranbir, Alia, Deepika , Ranveer and Vicky#6YearsOfYJHD pic.twitter.com/VHpWPqa2tB

While the two might have parted ways but Deepika still shares a great bond with her ex and his family. Some time back, Deepika, during her trip to New York, visited Ranbir's father Rishi Kapoor,  and spent time with him, who is currently undergoing a medical treatment there.

Both Deepika and Ranbir reportedly started seeing each other during the shooting of the film, 'Bachna Ae Haseeno' in 2008. While they were in a relationship, the 'Padmavat' actor even got the initials of her boyfriend inked on her neck. However, after dating each other for almost a year, they both parted ways and Deepika tied the knot with Ranveer Singh in 2018.

Speaking of 'YJHD', the romantic drama film revolved around a shy and nerdy medical student Naina Talwar, essayed by Deepika, who eventually falls in for her former classmate Kabir Thapar aka Bunny, essayed by Ranbir, during their hiking trip to the Himalayas.

The film also starred Kalki Koechlin and Aditya Roy Kapur in pivotal roles. It was directed by Ayan Mukerji and produced by Karan Johar and had hit the screens on May 31, 2013.

On the work front, Deepika is currently shooting for Megha Gulzar's 'Chhapaak' while Ranbir is in Varanasi with Alia Bhatt for Ayan Mukerji`s 'Brahmastra'.

I am very greedy as an actor: Mithila Palkar