"The word impossible is not in my dictionary," Sapna Choudhary captioned the post. Actress Hina Khan, who participated with Sapna in 'Bigg Boss 11', also hit the like button. 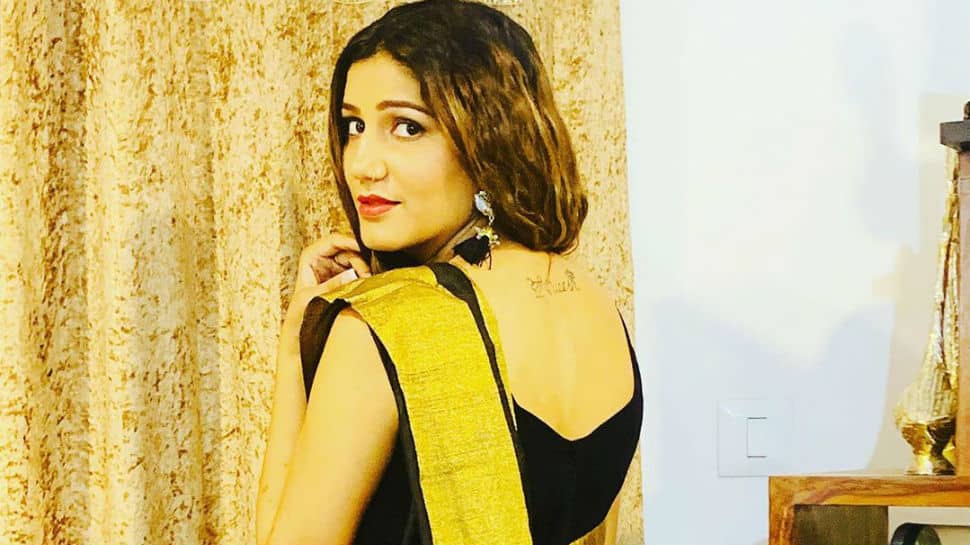 New Delhi: Popular Haryanvi singer-dancer Sapna Choudhary is breaking the internet with her recent pictures in which she can be seen wearing a black sari. "The word impossible is not in my dictionary," reads the caption of her post, to which she also added hashtags like 'Desi Queen', 'Positive Vibes' and 'Workaholic.'

The set of pictures which she has posted has so far got over 97,000 likes and counting. Her 'Bigg Boss 11' co-contestant and actress Hina Khan also hit the like button.

Now, without much ado, take a look at the wonderful pictures of Sapna Choudhary.

Truly indeed, Sapna's transformation over the years has been remarkable. She became a household name after featuring in 'Bigg Boss 11'. After which, there was no looking back for the singer-dancer, whose Haryanvi song 'Teri Aakhya Ka Yo Kajal' rocked the chartbusters.

Sapna made her Bollywood debut by starring in a special dance sequence 'Hatt Ja Tau' in 'Veerey Ki Wedding' and followed it up with 'Tere Thumke Sapna Choudhary' from the film 'Nanu Ki Janu' and a song titled 'Love Bite'.

Sapna enjoys a solid fan base of 1.9 million followers on Instagram and is often spotted at various events, parties.

During the 2019 Lok Sabha election, reports of her joining politics surfaced on the internet, but she refuted all such claims.

Thank you for the memories, Yuvraj Singh: Bollywood's farewell to the cricketer