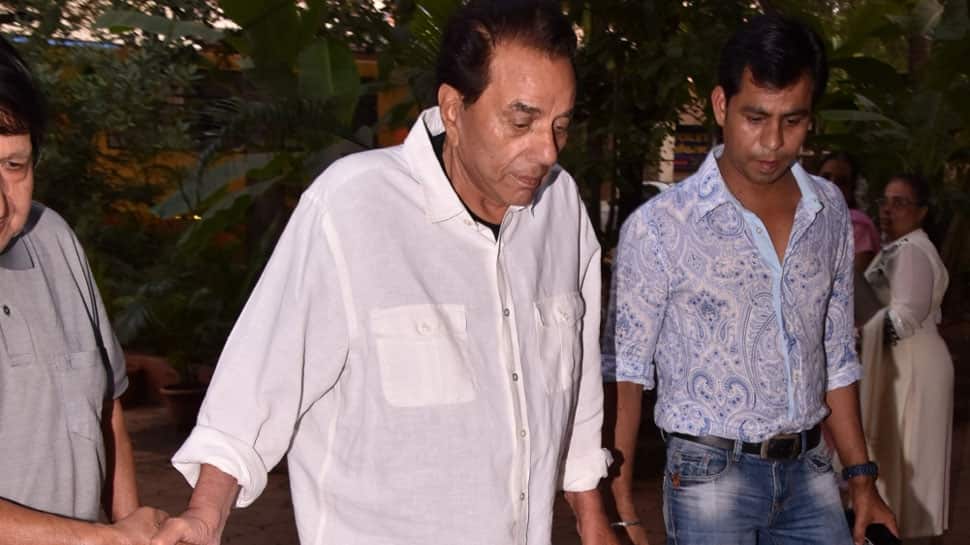 Mumbai: Veteran actor Dharmendra normally shies away from social media, but he has made an exception for the sake of grandson Karan Deol.

On Tuesday afternoon, the senior Deol took to Twitter to post a video message urging fans to watch Karan's debut film, "Pal Pal Dil Ke Paas". According to the superstar, his grandson first film is not just a film, but "reality".

"Friends, I normally don't share this kind of a message but I could not control myself after watching my film 'Pal Pal Dil Ke Paas' last night. I felt like sharing this message with you," Dharmendra says in the video clip, which runs for just under a minute.

"It's not just a film, it appears to be reality. The film talks about today's society, today's youngsters, the mutual love between parents and kids. Life is so beautiful and adventurous in the mountains and what all is happening in the cities. Sunny has put his heart and soul into making this film. I would request you all to watch the film in a theatre at least once. Your heart will drag you to the theatre to watch it again, this I can promise you. Love you, believe me," he added.

The romantic drama 'Pal Pal Dil Ke Paas' is directed by Dharmendra's son, actor Sunny Deol, and the film introduces debutants Karan Deol and Sahher Bambba in the lead. It is set to hit theatres on September 20.