Actress Dia Mirza has two "very interesting shows" lined up in the web space. Apart from Nikkhil Advani's historical show, she says she has another web series in which she will play a "delicious part". 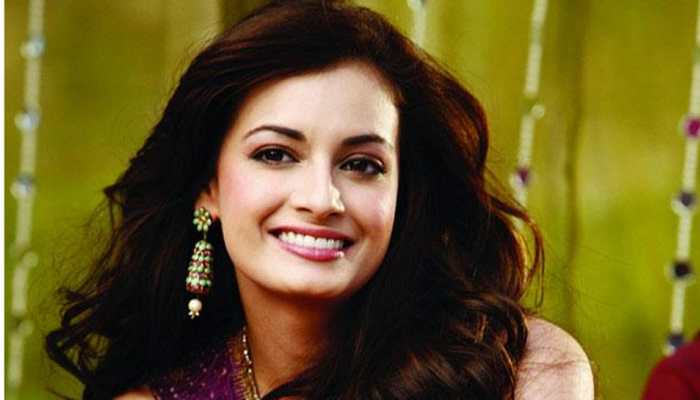 New Delhi: Actress Dia Mirza has two "very interesting shows" lined up in the web space. Apart from Nikkhil Advani's historical show, she says she has another web series in which she will play a "delicious part".

Dia was last seen on the big screen in "Sanju" as Manyata Dutt.

Her fans will soon see her in "two very interesting shows".

"One is being directed by Nikkhil Advani. It's an epic. It's been a dream to be a part of a historical. I will be working with Shabana Azmi again as well as Ronit Roy whom I have admired as an artiste and of course, working with Nikkhil is going to be great fun," Dia told IANS in a telephonic interview from Bengaluru where she mentored young women for fbb Colors Femina Miss India 2019.

Without giving away much about her second web series, she shared: "The second one is a drama and is based on a true story. I get to play a female protagonist and it's a delicious part."

Hailing the digital platform, the "Rehnaa Hai Terre Dil Mein" actress said: "I think it's really an exciting time for women in films and just female artistes because I think where cinema is not writing enough female parts, digital platforms are making up for that.

"Exciting and enterprising work is being written for women and I am going to make the most of it."

As a producer, she has another web series titled "Mind The Malhotras" in her kitty.

"When we set up Born Free Entertainment, we wanted to tell fun, engaging, socially relevant and relatable stories," she said about the production house that has backed films "Bobby Jasoos" and "Love Breakups Zindagi".

"Whether it is through cinematic or digital experience... it's really about telling stories that excite us," she added.

The sitcom genre was exciting enough for her.

"'Mind The Malhotras' is a sitcom. It's a space that we haven't really explored too much of in India. It's a digital format and that makes it even more exciting. We will be launching the show very soon," said Dia.

Starring Mini Mathur and Cyrus Sahukar, the show is based on the Israeli comedy "La Famiglia".

Talking about the current trend of remakes and adaptations in Indian showbiz, she said: "It is interesting to draw (inspiration) from different cultures and see what other people are doing.

"The idea of an official adaptation is three-fold. One is that you have to stick with the format of the original, the second is you aim to make it better and the third is to bring it to Indian context. That's why it is exciting. America and Europe also adapt... It is a great time for exchange for the flow of culture and art."

But there are some who feel that Indian filmmakers are probably running out of original ideas hence, they are looking elsewhere for content.

She thinks it is equally, if not more challenging, to adapt content as it would be to create an original one.

"The challenge is exactly the same. You may think that you can rest on the existing format and just go with it but a lot of work goes into making it compelling. I think that would be an unfair criticism," said Dia.

"If you think about great literature, art or poetry world over, generations have found their interpretations of those people and their work. They are redone differently. We all are constantly inspired by works of art that we want to kind of reinterpret.