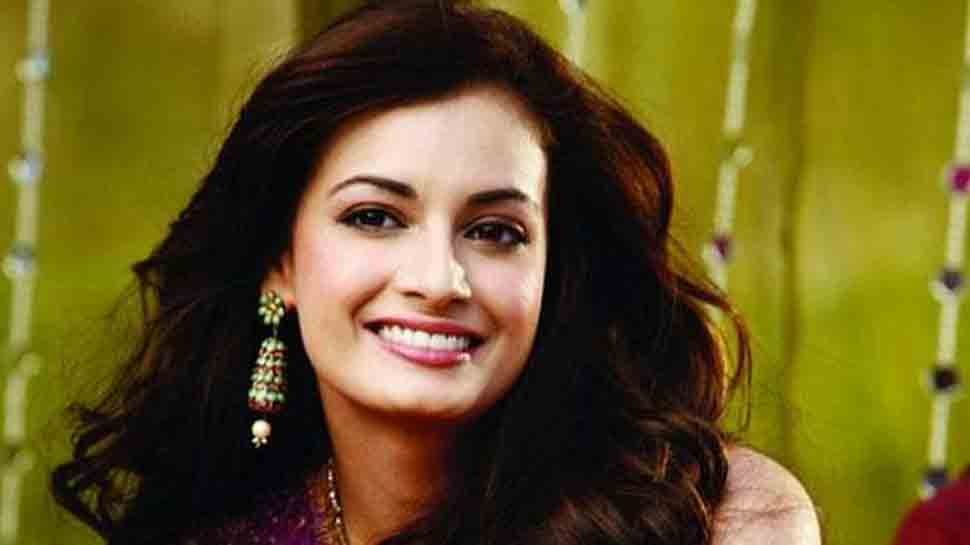 Nikhil donned multiple hats for the short, "Happy Anniversary", but he let Dia take charge of the make-up department.

"Dia was extremely supportive and encouraging. She really liked the concept of the film and stepped up with the one department that I have absolutely no knowledge on," Nikhil told IANS in an email interview.

"I remember when I went up to her and asked her for her help, she said `This is an offer that I can`t refuse`. While on set, she also said `You don`t need make-up...you are already all red`."

Nikhil is the writer, producer and performer of the project.

"In the early stages of an actor`s career, I feel it is often necessary and deeply rewarding to don the many hats of a writer, performer and producer in order to create a film like `Happy Anniversary`.

"In doing so, it allowed me to showcase my thought and craft and most importantly to be able to express freely and give it the required structure," he said.

"While I continue to be a working actor, writing comes naturally to me so I never considered it as an extra hat, but yes producing the film on a shoe-string budget was a new, challenging and eventually rewarding experience for me," added the "Neerja" actor.

The idea of the film stemmed from a gender change exercise as part of an acting workshop.

"Coincidentally, with National Girl Child Day being celebrated on January 24, I feel the release of the film could not be better timed," he added.

As an actor, he has many web series lined up.

"In `Law and Honour`, which is a legal drama, I`m essaying the role of a senior litigator, while in `Flesh`, I play an NGO activist. In `Four More Shots Please`, I`m playing a comical male chauvinist NRI and in `India Strikes`, which is based on the Uri attacks, I`m playing the character of an editor-in-chief of a news channel," Nikhil said.

The digital space, he feels, has opened up the doors to great character-driven roles, "supplementing the artiste with more time, stay and storyline".

Asked about it, he said: "I think in a country like ours, some amount of self-regulation and a code of conduct is the need of the hour. While the digital arena doesn`t come with any boundaries, restrictions and censorship currently, it still needs to shoulder some responsibility in the kind of content it puts out."

It's important to be responsible: Ajay Devgn on #MeToo