Aayush Sharma who shares a great rapport with Tiger Shroff has been trained by his trainer Rajendra Dhole for the transformation for his upcoming film Antim: The Final Truth'. 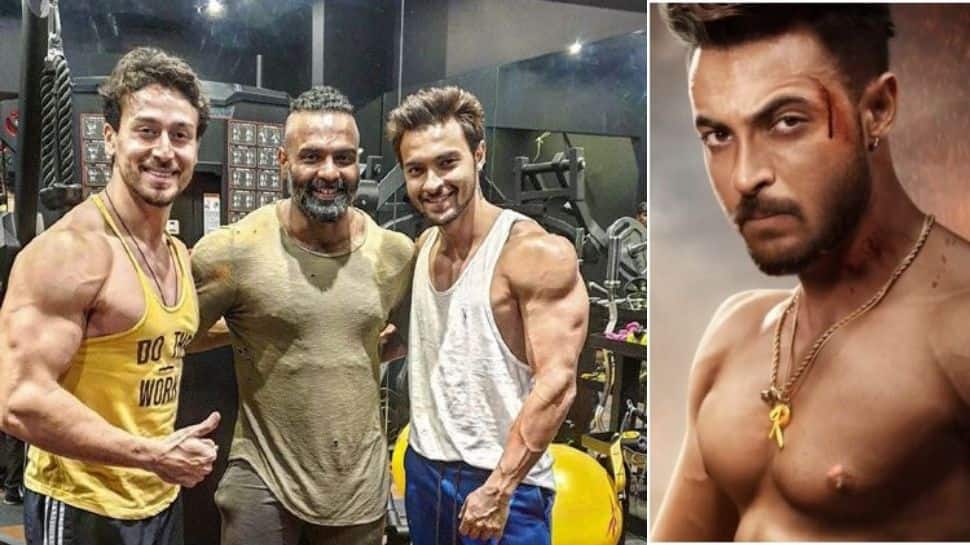 New Delhi: Not many might know but two of Bollywood's fittest actors Tiger Shroff and Aayush Sharma share the same trainer.

While the entire nation is in awe of the incredible transformation of Aayush Sharma for his upcoming film 'Antim: The Final Truth', not many know that the actor borrowed Tiger Shroff's trainer for the same.

A source reveals, "When Aayush Sharma was offered the film and he got to know that he would need to build a certain physique for it, he contacted his old friend Tiger for help. Tiger suggested to seek training from his trainer Rajendra Dhole who chalked out a detailed plan for his transformation. With a strict diet and rigorous workout regime, Aayush trained for months and the results are now not just seen but also celebrated by everyone."

Rajendra Dhole who trained Aayush has now shared his experience saying, "It was a task initially to achieve the physique that was demanded from his character. Aayush has always been a fit guy but he had a lean body, we had to bulk him up along with the toned muscles and ribbed abs which requires a very dedicated training routine. But the guy has surprised me with his commitment, even for the toughest routines he was always ready and eventually he managed everything with such ease, I'm extremely proud of him."

Recently, the makers of 'Antim: The Final Truth' released a BTS video tracing the incredible transformation of Aayush from LoveYatri to Antim, which has received a roaring response from the audience with adulation and applause from across quarters.

From the first look to the trailer, every asset has further reinstated the dedication and perseverance of Aayush to play his character Rahuliya with utmost commitment, making the film one of the most awaited and anticipated releases of the year.