This black and white picture of Saira Banu feeding Dilip Kumar restores our faith in love and takes relationship goals to another level altogether. 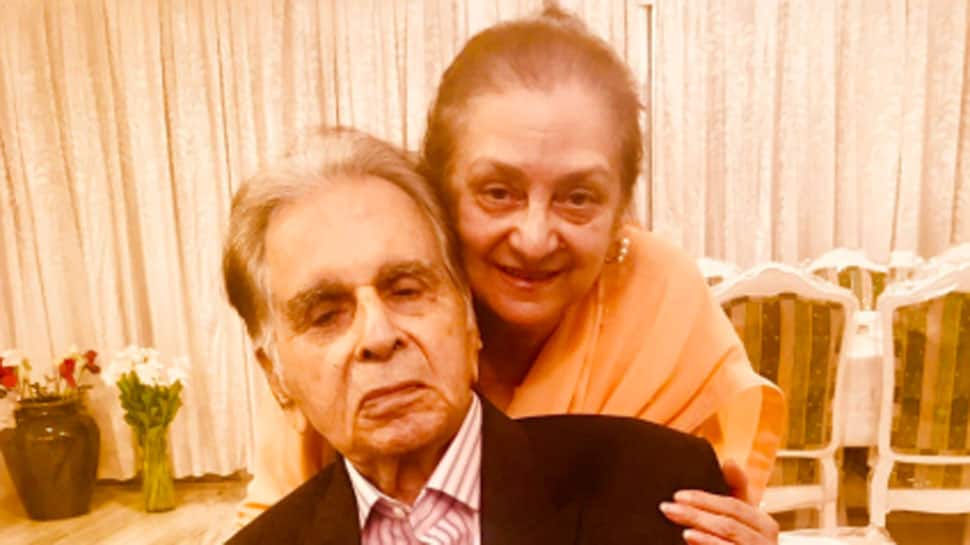 New Delhi: The legendary star of Indian cinema Dilip Kumar has an ocean of fan following. He is one of the megastars of Hindi movies who is active on social media. He interacts with his fans either through his wife Saira Banu, who handles his Twitter account at times of family friend Faisal Farooqui.

After a long gap, fans got to see a new picture upload by the thespian on the micro-blogging site. Dilip Kumar shared a photo with wife and veteran actress Saira Banu. The caption read: “My love and greetings to all of you. God bless.”

My love and greetings to all of you. God bless. pic.twitter.com/fyUhEI1iWk

This black and white picture of Saira Banu feeding Dilip Kumar restores our faith in love and takes relationship goals to another level altogether. This amazing couple has been together for 52 years. The couple got married in 1966 and have stayed thick ever since.

The golden couple of Bollywood featured in several movies together such as 'Sagina', 'Bairaag' and 'Gopi' among others. Dilip Kumar happens to be 22 years older than Saira Banu.

The actor had been keeping unwell and was rushed to the hospital a couple of times last year.

He suffered a bout of pneumonia but recovered well after complete bed rest for a few days.

The thespian was last seen on the big screens in 1998 release 'Qila'. The actor was honoured with the Dadasaheb Phalke Award in 1994 and the Padma Vibhushan in 2015. He is known for his path-breaking performances in blockbuster films like 'Devdas', 'Mughal-e-Azam, 'Ganga Jumna', and 'Karma', to name a few.

Here's wishing this couple many more years of togetherness!