In her latest Instagram upload, Disha'Patani raises the temperature by posing in an alluring outfit. The video is going viral and netizens can't stop going gaga over it. 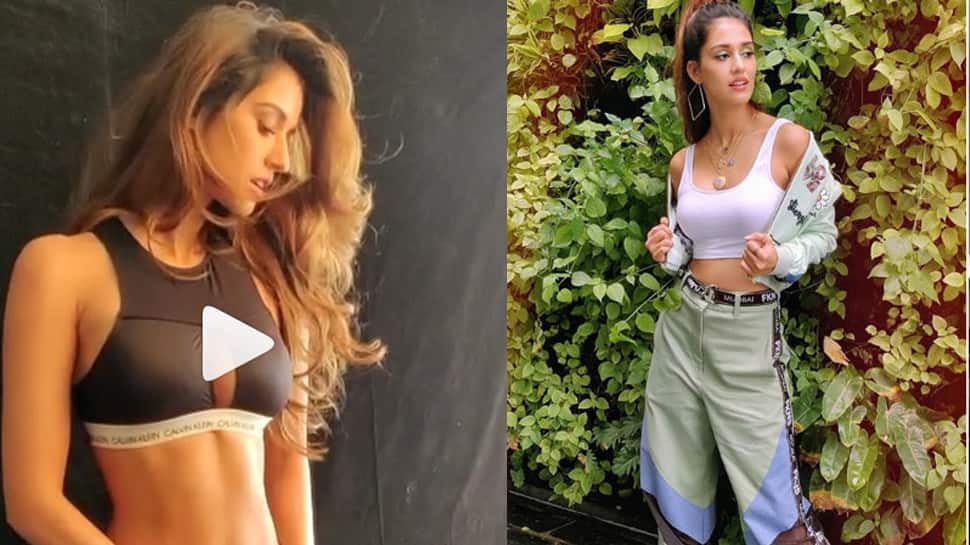 New Delhi: Bollywood actress Disha Patani is often in the limelight for her smouldering photoshoots. With her perfectly toned legs, washboard abs and a million-dollar smile, Disha rules many hearts and is one of the most popular celebs on social media.

With over 25 million followers, her popularity needs no introduction. Despite being trolled several times for her steamy uploads, the stunner remains unfazed.

In her latest Instagram upload, Disha raises the temperature by posing in Calvin Klein garments.

The video has garnered more than 4 million views and netizens can't stop going gaga over it.

On the work front, Disha will next be seen in 'Malang' along with Anil Kapoor, Aditya Roy Kapur and Kunal Kemmu. The film's shoot wrapped up recently, leaving fans excited for the release.

It is directed by Mohit Suri and produced by Bhushan Kumar, Luv Ranjan, Ankur Garg and Jay Shewakramani.

'Malang' is scheduled to hit the silver screens on Valentine's Day 2020.