Disha Patani is known to be a pet lover and she often shares adorable pictures of her pet companions with her fans. The actress recently shared a closeup, sunkissed picture of pet dog — a Doberman on Instagram. She captioned the photo as 'Goku' and a pink flower emoji. 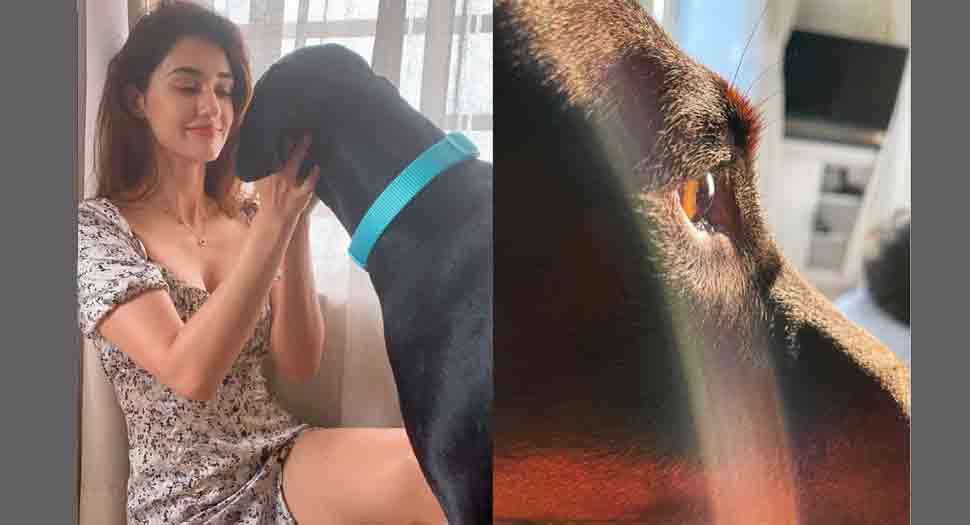 New Delhi: Actress Disha Patani has a soft corner for animals and it’s no wonder that she has four pets at her home. Disha lives with two dogs - Bella and Goku, and two cats — Jasmine and Keety. The 'Baaghi' actress often shares adorable pictures of her pet companions on social media. Recently, Disha had taken to Instagram to post a sunkissed picture with pet dog Goku — a Doberman.

In the close-up picture, Goku is seen staring at something intently. The doggo’s puppy eyes were sparkling due to the sunlight falling on them. Disha captioned it with a simple 'Goku' and a pink flower emoji.

Earlier, Disha had shared a heartwarming video in which she was seen grooming her dog Goku. She was cutting and shaping his nails while he sat quietly much like a good boy. Disha keeps giving her fans glimpses of her pets in cute videos and photos and her fans love the pet features!

On the professional front, Disha is currently working on 'Ek Villain Returns' co-starring John Abraham, Arjun Kapoor and Tara Sutaria. The film is scheduled to be released on February 11, 2022. The 28-year-old actress will next be seen in the action film 'Radhe: Your Most Wanted Bhai' with Salman Khan. A remake of South Korean film 'Veteran', it is directed by Prabhu Deva and also stars Jackie Shroff and Randeep Hooda in key roles. 'Radhe' is scheduled to be released on Eid, on May 13, 2021.

Disha had made her debut in Bollywood with the sports biopic 'M.S. Dhoni: The Untold Story' co-starring the late actor Sushant Singh Rajput.