This cool chick of tinsel town has a mammoth fan-following with over 17.9 million followers on the social media app Instagram. 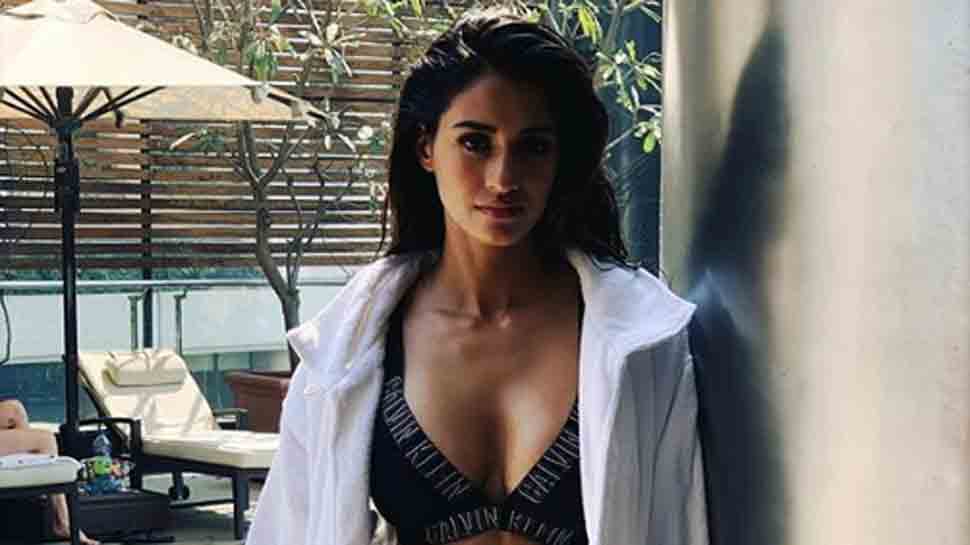 New Delhi: Queen of sass Disha Patani has upped the hotness quotient on her Instagram handle. The actress, who is a major fitness enthusiast, shared a smouldering photo on social media, in which she is seen donning black lingerie.

This cool chick of tinsel town has a mammoth fan-following with over 17.9 million followers on the social media app Instagram. She unfailingly treats her fans with pictures and videos from her personal and professional lives.

She will next be seen in Ali Abbas Zafar's ambitious project 'Bharat'. The film is one of the biggest releases of this year and stars Salman Khan and Katrina Kaif in lead roles. It is slated to hit the screens on June 5 and is high on the buzzword ever since it was announced.

On her personal life, Patani is rumoured to be dating actor Tiger Shroff.

This Bollywood hunk was seen in the film 'Baaghi 2' with her and their on-screen chemistry was liked by the audience. Disha and Tiger are often spotted together and even pose for the paps.

Even though the two remain tight-lipped about their relationship status, it is evident that they are certainly more than 'just friends'.

Stop asking actresses when they are making a comeback: Madhuri Dixit