Recently, during 'Bharat' promotions, Disha admitted that she wants things between her and Tiger to be more than 'just friends'. 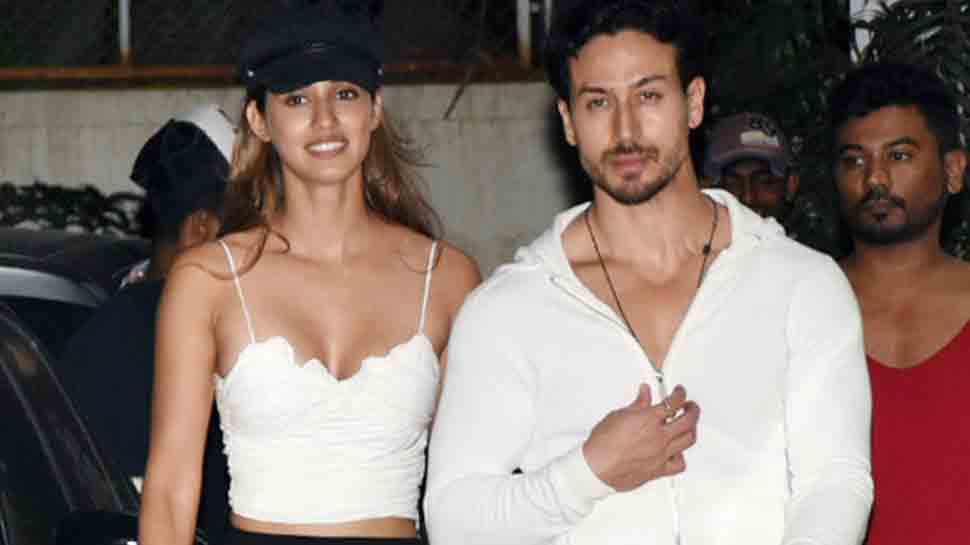 New Delhi: Bollywood actors Tiger Shroff and Disha Patani are often spotted together and the shutterbugs go crazy clicking on them. Rumour mills are rife that the two are dating each other but they refuse to comment on their relationship buzz. In fact, both Disha and Tiger maintain the 'best friends' stand but their frequent dinner/lunch dates and public appearances show that there is more than what meets the eye.

During 'Bharat' promotions, Disha admitted that she wants things between her and Tiger to be more than 'just friends'.

However, recent reports floating on the internet say that the adorable couple has reportedly parted ways after realising that they are better off as friends than lovers. The report further claimed that both took the decision amicably and will continue to remain as friends despite the break-up.

However, the latest report in TOI claimed that the couple is still very much together and all the break-up speculations doing round are just baseless.

On Sunday, Tiger and Disha were even snapped dining out together.

Also Read: This is how Disha Patani spent her Sunday with beau Tiger Shroff — See pics

Earlier, Tiger's dad and actor Jackie Shroff had thrown some light on his son's equation with Disha in an interview with Mumbai Mirror, saying, "He found his first friend who is a girl at 25, till then he never looked around. They share the same passions, dance and workout together. She comes from a family of army officers, so she understands the value of discipline. Who knows they may get married in future or remain friends for life, for now, they are just friends."

On the work front, Disha is currently shooting for Mohit Suri's 'Malang' co-starring Aditya Roy Kapur, Anil Kapoor and Varun Sharma. Tiger, on the other hand, will be seen in 'Fighters' co-starring Hrithik Roshan and 'Baaghi 3'.

Last year, Disha and Tiger wooed the audience with their sizzling on-screen chemistry in blockbuster 'Baaghi 2'. Since then, their fans have been eagerly waiting for them to return to the silver screen.