Just like the last year, the rumoured couple of Bollywood welcomed the New Year on beautiful exotic beaches, away from Bollywood. 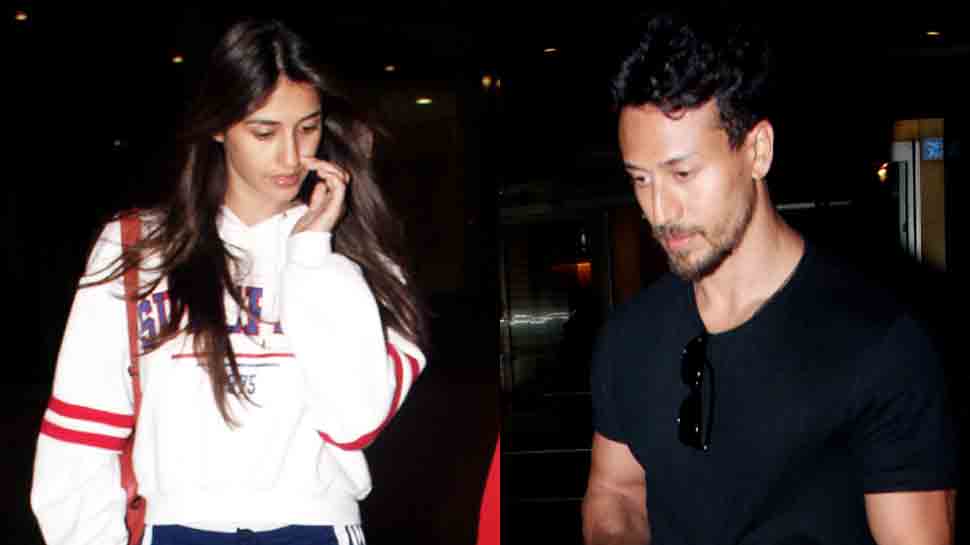 New Delhi: Queen of hearts Disha Patani and the much-talented Tiger Shroff are rumoured to be dating each other for quite some time. In fact, two had a blast of time together in the Maldives and rang in the New Year in each other's company.

Both Disha and Tiger shared photos, though solo, from their beachy holiday on their Instagram account and which went viral in no time. In fact, Disha's smoking hot photo in a bikini with a jet ski and Tiger showing off his muscles in swimming shorts and doing a flip into the ocean must have left few wanting to pack their bag and leave to the beautiful exotic location.

Thats what happens when you eat icecream all week... crashlanding #bellyflop #wipeout #__

After spending much needed time together and soaking some sun away from the Bollywood, the duo has returned back to the bay as they were snapped by the paps arriving at the Mumbai airport on late Monday. While Tiger was dressed all-black, Disha was seen wearing a white sweatshirt and blue flared trousers.

Check out their photos from the airport:

On the work front, Disha will be seen playing a trapeze artist named Radha in Ali Abbas Zafar's Bharat. She will be paired opposite Salman Khan. The film also features Katrina Kaif, Sunil Gover and Nora Fatehi in pivotal roles.

Tiger, on the other hand, has been busy with Siddharth Anand's untitled film and Karan Johar's 'Student Of The Year 2'. He has also been roped in for the third instalment of 'Baaghi', which will be directed by Ahmed Khan.