Disha Patani, Tiger Shroff twin in black at the airport—Pics

'Baaghi 2' co-stars Disha Patani and Tiger Shroff were snapped at the Mumbai airport and were seen twinning in a black tee and blue jeans. 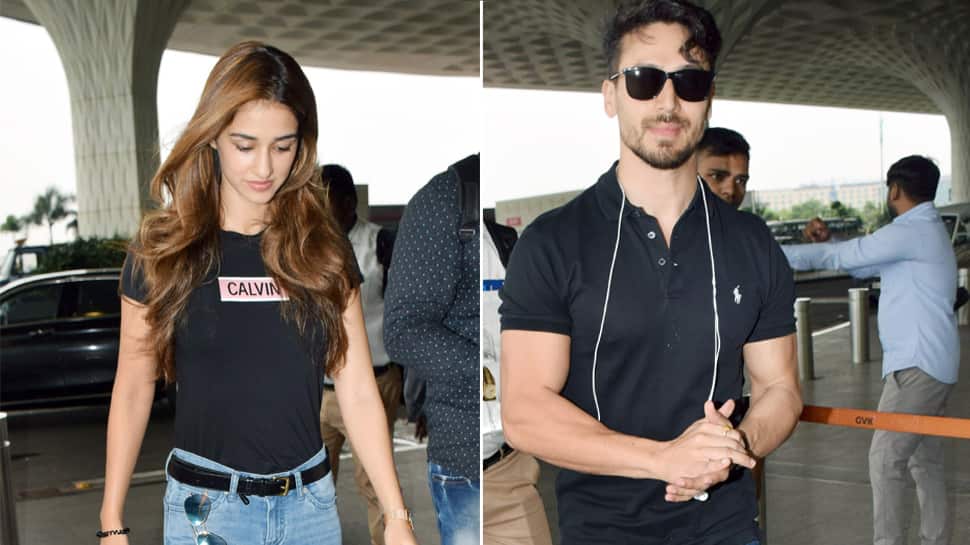 New Delhi: The rumoured 'It' couple of Bollywood, Disha Patani and Tiger Shroff are often spotted together and make headlines whenever they step out in public. Be it entering together at an event, enjoying a dinner/ movie date or being spotted at the airport, fans get excited whenever they see these two in a single frame.

The 'Baaghi 2' co-stars were snapped at the Mumbai airport on Saturday and were seen twinning in a black tee and blue jeans. Even though rumour mills are rife that Tiger-Disha are indeed dating, there is no confirmation from either of the actors. They maintain that they are 'Best Friends' but the pics are proof enough that there is more than what meets the eye.

On the work front, Tiger's latest outing 'War' broke records at the box office and became the highest-grossing film of 2019 as well. The film stars Hrithik Roshan as the other lead and has been helmed by Sidharth Anand.

Coming to Disha, she was last seen in Salman Khan's 'Bharat' and played the role of a trapeze artist named Radha. The film was a huge success and sent cash registers ringing the moment it released.