Disha Patani's latest Instagram post that has her dancing to Selena Gomez's latest song 'I Can't Get Enough'. 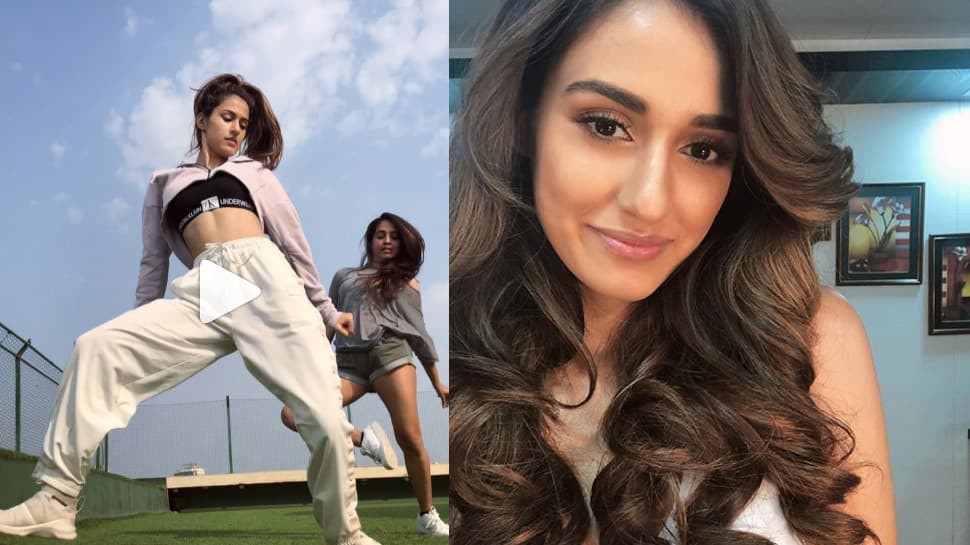 New Delhi: Bollywood actress Disha Patani is an internet sensation and knows how to remain in the spotlight by regularly posting on social media. Two days ago, Disha posted a pic in which she flaunted her million dollar smile, making her fans go gaga over her. The actress is making headlines again with her latest Instagram post that has her dancing to Hollywood singer Selena Gomez's latest song 'I Can't Get Enough'.

Check out Disha's video here that also has celebrity dance trainer Dimple Kotecha shaking a leg with the actress:

The caption of the video is, “#justchilling with @dimplekotecha in love with this new track #cantgetenough ”

It is hard not to press the replay button once the video ends!

Disha will next be seen in Salman Khan, Katrina Kaif's 'Bharat'. The film also has Sunil Grover, Tabu, Nora Fatehi, Varun Dhawan and others in important roles. It is one of the biggest releases of this year and has been high on the buzzword ever since it was announced.

Disha will be playing a trapeze artist in the film but other details of her role are kept under wraps.

'Bharat' will hit the silver screens on June 5.

On the personal front, the actress is rumoured to be dating her 'Baaghi 2' co-star Tiger Shroff. Even though the duo maintains the 'Best friends' stand, there is ample evidence to prove that there is more than what meets the eye.

Pankaj Tripathi probably thinks I am a creep: Janhvi Kapoor