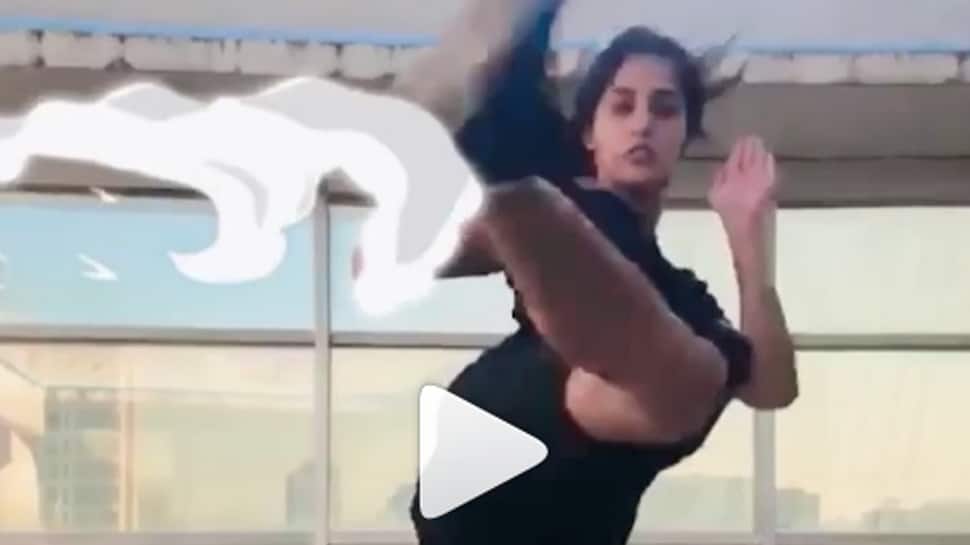 New Delhi: One of the fittest actresses in Bollywood, Disha Patani, who is all set to play a trapeze artist in Salman Khan starrer Bharat, took to Instagram to share a video in which she can be seen flaunting her kickboxing skills and it will surely blow your mind.

Disha will soon light up the silver screen with her presence in 'Bharat'. The film is being helmed by Ali Abbas Zafar and has an ensemble star cast including Salman Khan, Katrina Kaif, Tabu, Sunil Grover to name a few.

'Bharat' will release in 2019 on the occasion of Eid and is high on the buzzword ever since it was announced. As per reports, Disha will play a trapeze artist in the film. Not much has been revealed about her role as makers remain tight-lipped about the whole affair.

On the personal front, the pretty actress is rumored to be dating her 'Baaghi 2' co-star Tiger Shroff. Neither Disha nor Tiger have confirmed their relationship status. However, the two are often spotted hanging out together in Bandra and it tells that there is more than what meets the eye!