Do not miss Baba's trademark style of walking! 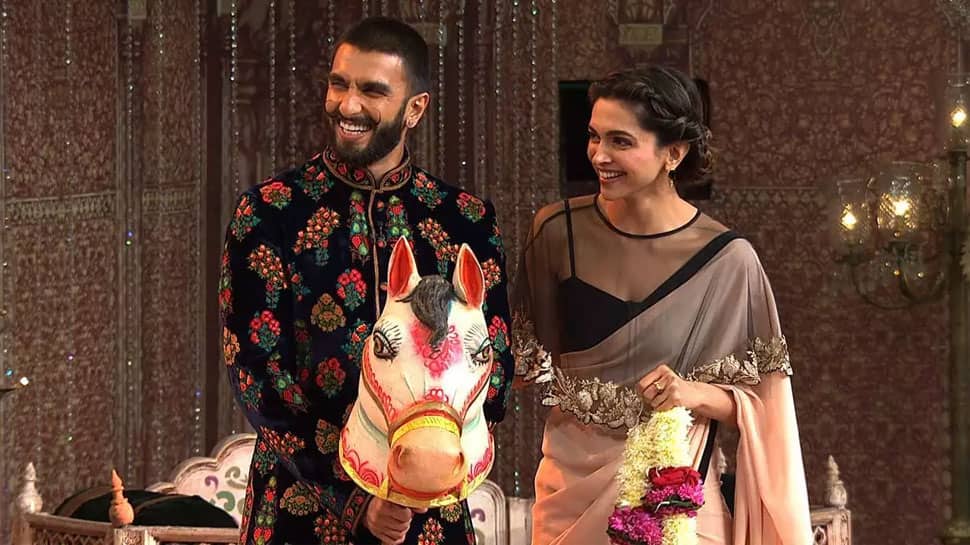 New Delhi: Bollywood's most loved couple Deepika Padukone and Ranveer Singh have tied the knot in a traditional Konkani ceremony at Lake Como Italy. Their wedding was a private affair with just family and close friends in attendance.

One of the fan clubs has shared the first pictures of groom Ranveer dressed in traditional white and golden sherwani. However, we cannot vouch for the credibility of the picture as the couple has not officially released any of their wedding photos as yet.

A post shared by Ranbir Deepika Kapoor RKDP (@ranbirdeepikaendless) on Nov 14, 2018 at 7:58am PST

Do not miss Baba's trademark style of walking!

The much-in-love duo got married in a traditional Konkani wedding ceremony at a villa a Lake Como, Italy. DeepVeer has so far managed to keep their wedding pictures well-guarded and none of it has made it to social media as yet.

The pre-wedding festivities kicked-off in both the households with an auspicious Nandi Puja at Padukone's house in Bangalore and a Haldi ceremony at Ranveer's residence.

On Tuesday, the couple got engaged in Phool Muddi ceremony in Lake Como, Italy. Reportedly, the couple will get married according to Sindhi tradition on November 15, 2018. The two dated each other for nearly six years before entering matrimony.

The couple made their relationship official by announcing the wedding dates. The couple is going to have two receptions—in Bangalore and Mumbai respectively.

Their Mumbai reception is going to take place on November 28, 2018, at The Grand Hyatt.