Known for hard and tough looks, Dwayne Johnson's latest post is enough to leave his fans stunned! Johnson aka 'The Rock' posted an adorable picture with his daughter and shared how the two had been enjoying the day. 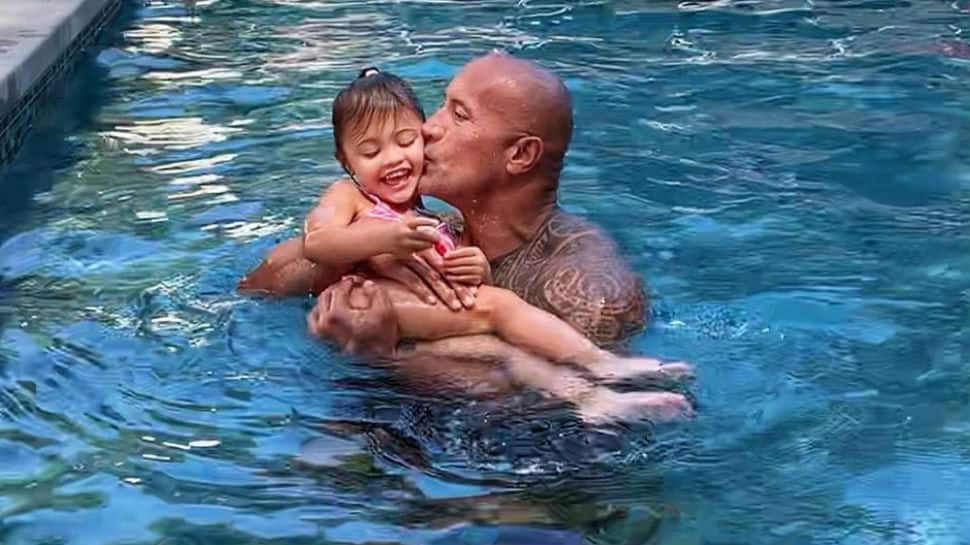 New Delhi: As the US commemorated the 'fourth of July' - their Independence Day on Thursday, Dwayne Johnson relished the day with her little girl and his Instagram post will make you go awww!

Known for hard and tough looks, Johnson's latest post is enough to leave his fans stunned! Johnson aka 'The Rock' posted an adorable picture with his daughter and shared how the two had been enjoying the day.

"She also plays the game where she takes whatever I'm drinking and slowly dumps it in the pool while looking at me and laughing."Calling her daughter a 'disrupter', he added, "She's a disrupter I love it. Hope you all had a great and grateful 4th with your families," Johnson concluded the post.

Not only Johnson but scores of celebrities shared how they celebrated the day with their families and loved ones.Camila Cabello and Shawn Mendes who recently their steamy track 'Senorita' were spotted hand-in-hand on the day.

On the work front, Johnson is awaiting the release of 'Hobbs and Shaw' which will release on August 2 this year.

He will also be seen in the sequel to `Jumanji`. The trailer of the film titled `Jumanji: The Next Level` dropped on Monday and featured Johnson, Kevin Hart, Karen Gillan, and Jack Black heading back to the jungle only to find that the virtual world situated inside a video game has changed since the last time they were there.

Penned by Scott Rosenberg and Jake Kasdan, the film is directed by Jeff Pinker and will hit the theatres on December 13.