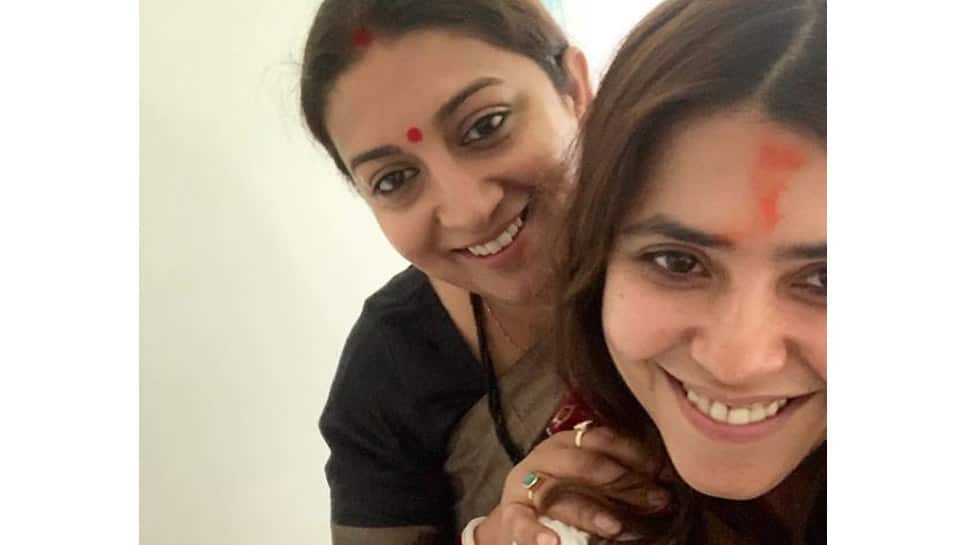 New Delhi: Television czarina Ekta Kapoor, who became a mother to a baby boy, hosted the 'naamkaran' ceremony of her son Ravie in Mumbai on Monday. The event was attended by the who's who of the film and television industry along with cabinet minister Smriti Irani.

Ekta, who shares a great bond with Irani, took to Instagram to share a picture of her baby boy with Smriti. She captioned it, "Maaasi special!!!!"

To which, Smriti replied, "Maasi ka bahut bahut pyar Aur ashirwad To see you sit in pooja with the little one in your arms, showered with blessings, an outpouring of love, laughter and pure joy around you was a sight to behold. God bless much love."

Earlier, her brother Tusshar had welcomed his son Lakshay via surrogacy. He had earlier opened up about his decision to be a single parent during an interview with The Indian Express, saying, "I was thinking about it for some time before I finally had the baby because I was running out of time. I am not married yet. I may or may not in the future. I felt the time was running out fast and I couldn’t wait to have a family, have a child. That’s something I won’t be able to do as I grow older. I can always get married. That’s why I decided to become a single parent."