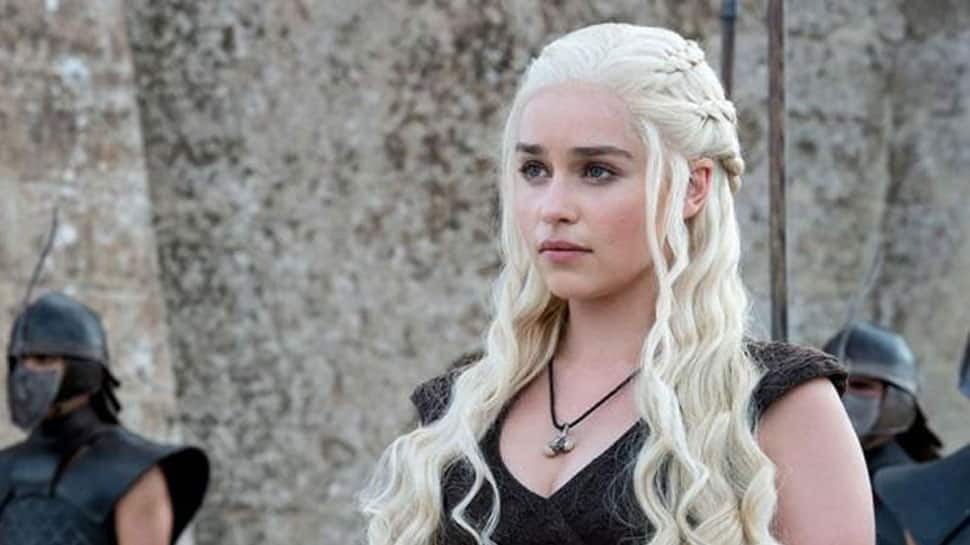 The actress, who essays the role of Daenerys Targaryen in the fantasy series, was unrecognisable as she donned a bushy beard and moustache paired with a raven curly wig to get into the character of her on-screen lover and nephew, played by Kit Harington, reports etonline.com.

With the activity at the Times Square, she was promoting her new Omaze experience, which will let one lucky fan watch the HBO series` final episode with her.

"Since this is the `Game of Thrones` experience to literally end it all, I thought what better way to spread the word than to hit the streets of Times Square undercover as -- drumroll, please -- Jon Snow!" she said.

"The shop was out of Daenerys costumes, because they`re sold out. I am Jon Snow, and I`m going to go into Times Square now."

Clarke approached a member of the public who failed to recognise her. She said: "Do you want to watch the final episode of `Game of Thrones`, with Emilia Clarke?"

The woman responded: "I`m a Walking Dead fan so..."; to which Clarke said: "Christ, I`ll tell you how it ends you could put it on the Internet"

The woman responded: "No".

The final season of "Game of Thrones" is creating quite a frenzy in the virtual world.