On Tuesday night, the Deepika Padukone flew to London, reportedly for a holiday with actor husband Ranveer Singh, and won hearts with her chic style.

New Delhi: Actress Deepika Padukone can never go wrong with her style statement. Isn't it? Be at any award show, party, screening and at the airport, Deepika manages to turn heads wherever she goes. Just on Tuesday night, the diva of Bollywood headed to London, reportedly for a holiday with actor husband Ranveer Singh, and won hearts with her chic style.

Deepika was spotted in a dark green jumpsuit, which she layered with a matching jacket, trendy shades and heels. She sported her million-dollar smile as she headed to the departure section. 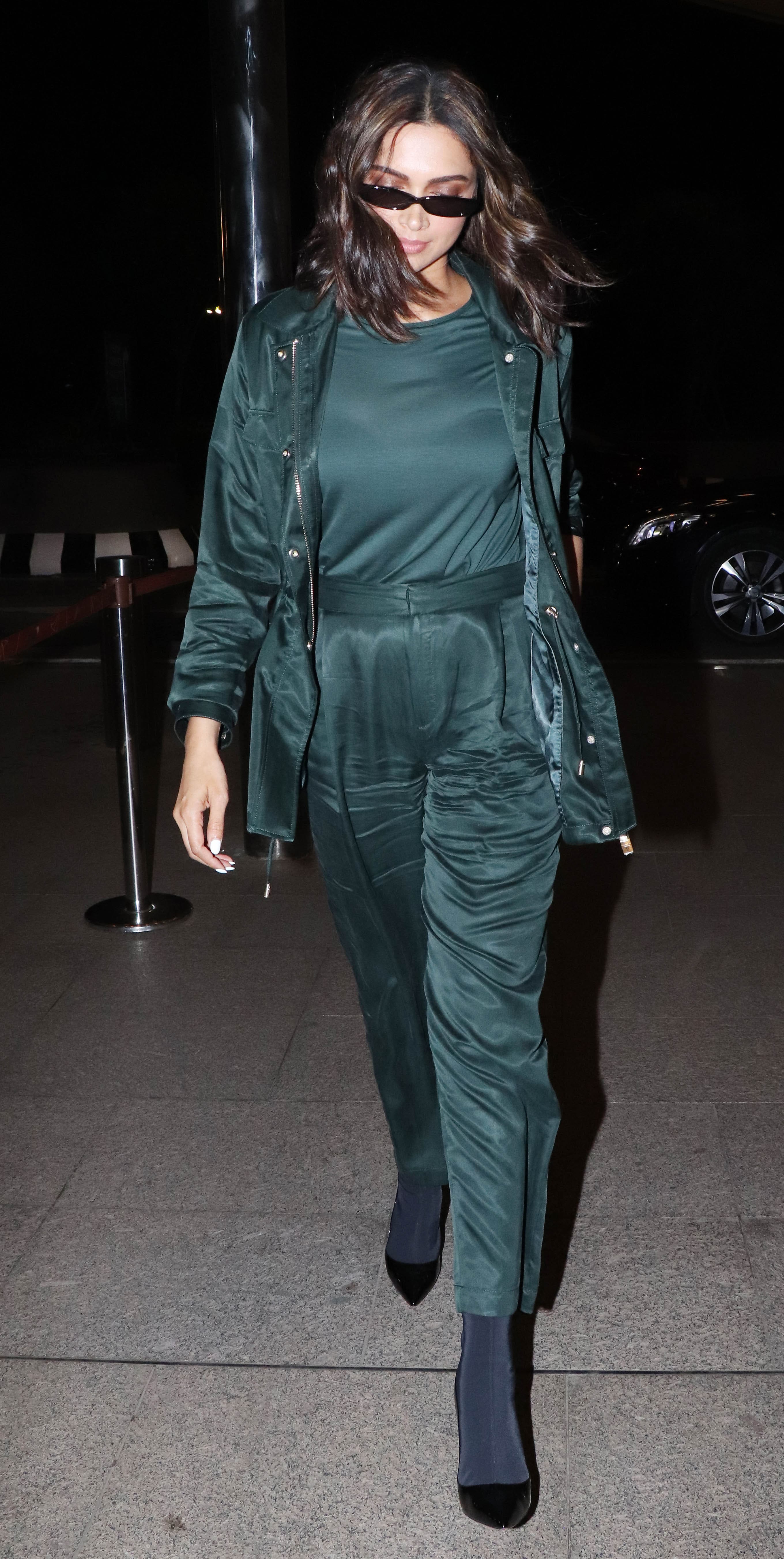 Earlier, Deepika was scheduled to travel to France to attend the Paris Fashion Week but had had to cancel her trip owing to the global coronavirus outbreak. She was invited by Louis Vuitton to attend their show.

Deepika, on the work front, has some interesting line-up of work. She will next be seen in Ranveer's '83 as Romi Dev, former cricketer Kapil Dev's wife. The film, which features Ranveer as Kapil Dev, traces India's victory against West Indies in the World Cup final in 1983.

Next, she has the official Hindi remake of the Rober De Niro-Anne Hathaway-starrer Hollywood comedy hit 'The Intern' in the pipeline. It also stars Rishi Kapoor and is slated to release in 2021.