Shah Rukh Khan recently shared details about a conversation he had with daughter Suhana when she asked about their religion and his response has bowled over Twitter. 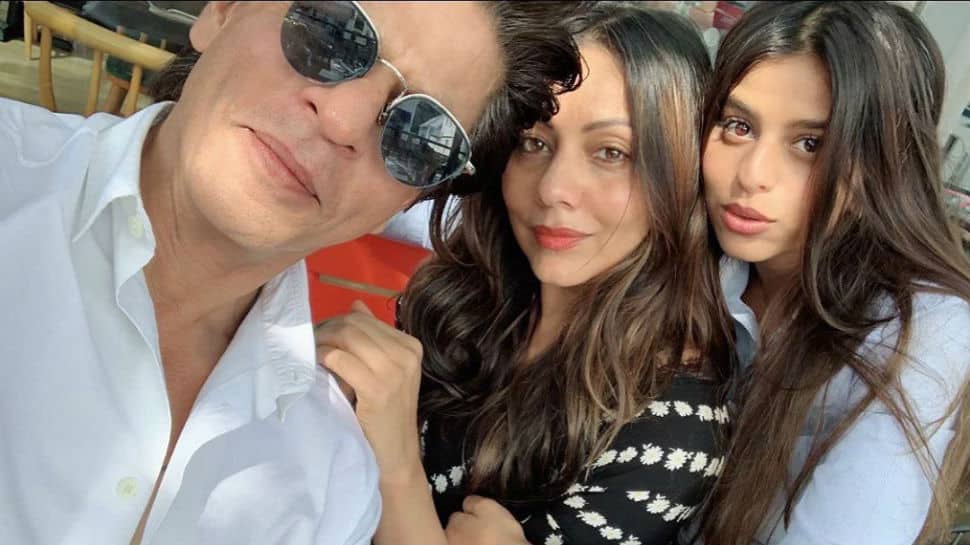 New Delhi: Superstar Shah Rukh Khan, who recently appeared as a guest on reality show 'Dance India Dance', shared details about a conversation he had with daughter Suhana when she asked about their religion and his response has bowled over Twitter. In a video clip going viral from the show, SRK said that he has taught his children - Aryan, Suhana and AbRam - that they are 'Hindustan' and that's their only religion.

My wife is Hindu, I am a Muslim and my kids are Hindustan. My daughter was asked the religion in school form, I told her we are Indians   - The pride of India Shah Rukh Khan. #RepublicDayIndia #RepublicDay2020 pic.twitter.com/Qk95xxLT3j

The video is all over social media and comments like "this was the best line I have heard from anyone ever" and "we need people like him to make our nation great" have been posted.

Shah Rukh Khan is married to interior designer Gauri Khan. They tied the knot in 1991. Aryan and AbRam are their two sons and Suhana is their only daughter. Aryan and Suhana study abroad while AbRam stays in Mumbai.

On the work front, SRK, last seen in 'Zero', hasn't announced his next project yet.