TV actress Hina Khan, who is currently ruling the hearts as Komolika in Kasautii Zindagii Kay, posted a picture on Instagram in her gym wear. 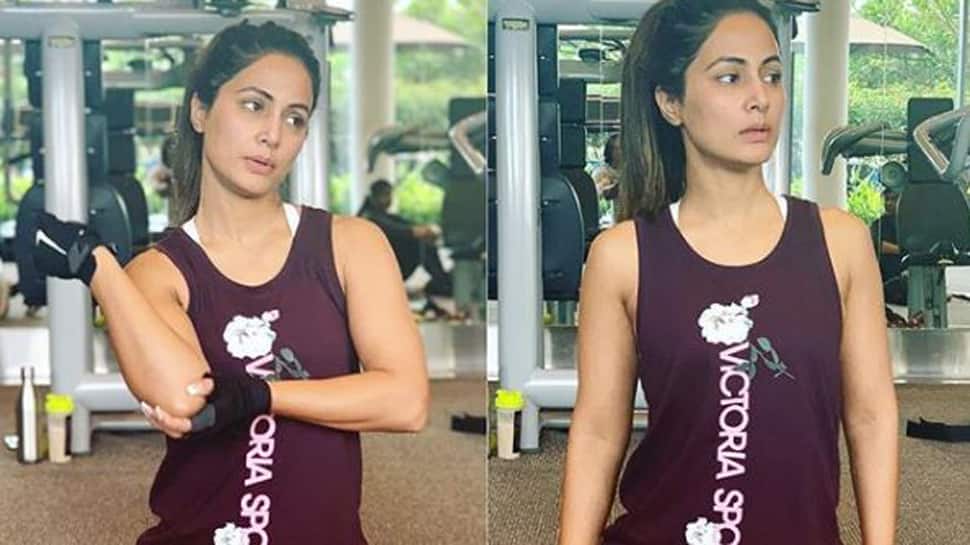 New Delhi: TV actress Hina Khan, who is currently ruling the hearts as Komolika in Kasautii Zindagii Kay, posted a picture on Instagram in her gym wear. Hina, who is a major fitness freak, keeps treating her fans with pictures and videos from her gym routine. However, this picture prompted a rather hilarious reaction from her co-star Eric Fernandez.

Sharing the picture, Hina wrote, "That last painful rep. And the satisfaction on my face post that..Be the girl who decided to go for it #GymSwagger #Goals #Cannes2019 #GettingTheir #NewChapter #ThankyouGod #Peace #FitGirl #GymFashion
@victoriasport."

Reacting to the picture,  Erica wrote, "Show Off". While her fans were left wondering what made Erica post that comment, Hina was quick to reply to her comment. "Show off, Flaunt, impress, set gashin goals, whatever suits you eri baby…kissi," She wrote.

Erica plays the lead character of Prerna in the reprised version of the show while Hina is nailing it as baddie Komolika. Their characters are hugely popular amongst the audiences who have showered them with utmost love.

A few days back, she bagged the best negative actor trophy at the Indian Telly Awards.