Ex Catwomen Halle Berry and Michelle Pfeiffer congratulated the next woman, Zoe Kravitz, who has been roped in to play the character in upcoming 'The Batman'. 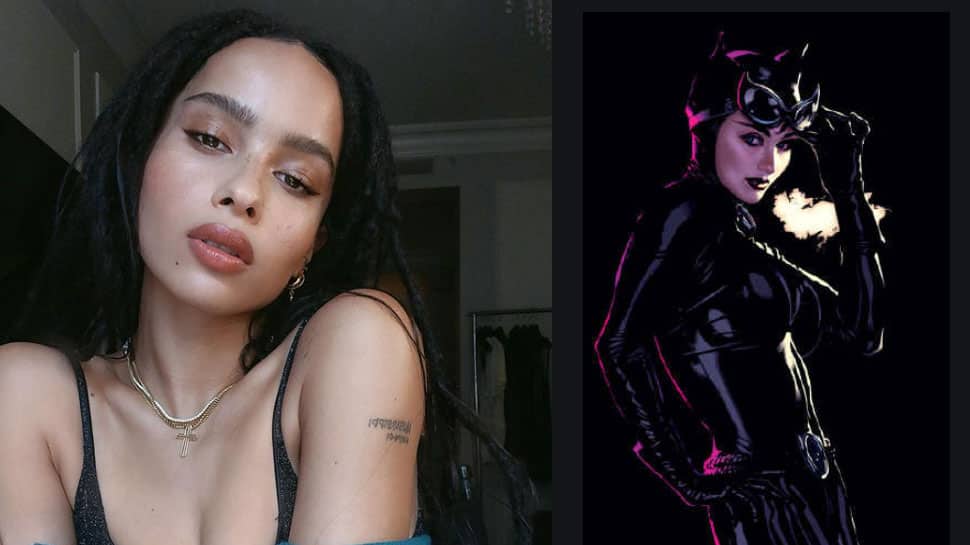 Washington: Ex Catwomen Halle Berry and Michelle Pfeiffer congratulated the next woman, Zoe Kravitz, who has been roped in to play the character in upcoming 'The Batman'.

Berry toasted for Kravitz in a tweet by calling her "eternally graceful" and "extremely bad **s."

The 53-year-old actor concluded her message by saying "keep shining Queen & welcome to the family!"Halle Berry was cast as Selina Kyle, aka Catwoman, in 2004. However, she received much criticism from fans and critics for her role.

The actor even walked the red carpet of Razzie Awards in 2005 to accept the award for worst actress.Pfeiffer, who also portrayed the role in 'Batman Returns' in 1992, talked about Kravitz's casting with Michael Strahan on 'Good Morning America.' "I`m so excited," Pfeiffer said.

On being asked for a piece of advice for the actor on playing the popular role, the 61-year-old actor said, "Make sure, whilst designing the costume, they consider how you`re going to go to the bathroom."

Other than them, Anne Hathaway, who essayed the role in 2012's 'The Dark Knight Rises' also expressed her opinion on the new casting taking to Instagram."The biggest congrats to Zoeisabella Kravitz on landing the role of a lifetime. Well, one life anyway...[?][?] Enjoy the ride, Selina," the post said.

The biggest congrats to @zoeisabellakravitz on landing the role of a lifetime. Well, one life anyway...⁣⁣ Enjoy the ride, Selina #Catwoman

The actor will be playing the lead opposite Robert Pattinson who will essay the role of Batman in the Warner Bros-DC Comic flick.

Pre-production on the film is expected to start this summer. No official start date has been set, although insiders tell Variety that filming could start in late 2019 or early 2020.

'The Batman' is slated to hit the silver screens on June 25, 2021.Ben Affleck had quit as Batman following 'Justice League' in 2017. Dylan Clark will be the producer of the film.