Exclusive: I was nervous, excited and all pumped-up to work with Amitabh Bachchan and Ayushmann Khurrana in 'Gulabo Sitabo', says Srishti Shrivastava aka Guddo

Her journey began from  TVF Girliyapa, followed by other popular sketches and soon she was seen in Shraddha Kapoor-Aditya Roy Kapur's 'OK Jaanu'. 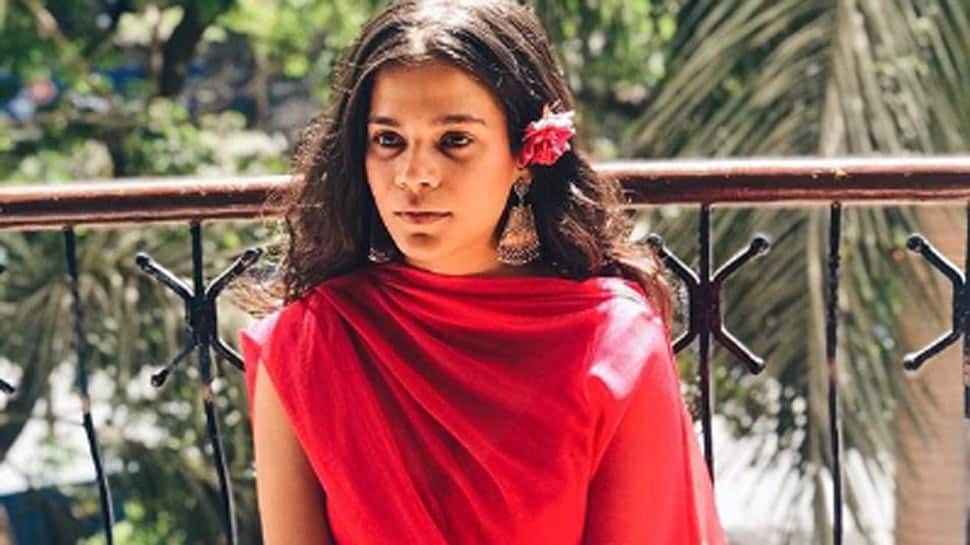 New Delhi: Actress Srishti Shrivastava is a familiar face on digital platforms. Her journey began with TVF Girliyapa, followed by other popular sketches and soon she was seen in Shraddha Kapoor-Aditya Roy Kapur's 'OK Jaanu'. In a telephonic freewheeling chat with Zee News Digital, Srishti opened up on working with megastar Amitabh Bachchan in her latest 'Gulabo Sitabo' which released digitally on Amazon Prime Videos, lockdown and future projects.

Q. Tell us something about yourself.

A. I studied Bachelors in Mass Communication from Sophia college and was looking for a training school after graduation. A trained dancer in Bharatnatyam and street jazz dance form, I  was keen on doing theatre for a while. So, I applied in Mumbai Drama School ad for about a year did theatre there. In all this while, I gave multiple auditions and was good at extra-curricular activities. I knew I wanted to be an actor.

Q. Before 'Gulabo Sitabo', how did your acting journey begin?

A. While I was regularly auditioning for plays. I got a call from Casting Bay and they told me about TVF, which was then a new thing and wanted someone for Girliyapa and that's how everything fell into place. My first film was 'OK Jaanu' and then I was noticed in 'Gully Boy' as Albina.

I got a call from Shoojit Sircar sir's team that they are looking for an actor for this particular role. They called me for Guddo's character and I read the introductory scene. That was it. Later, we were introduced to megastar Amitabh Bachchan and Ayushmann Khurrana.

Q. What was it like working with megastar Amitabh Bachchan?

A. Filmmaker Shoojit Sircar made the cast meet Mr Bachchan before the shoot began. We all did readings together. I remember, we all went to his house and while we were waiting there, I kept looking at things and couldn't believe am sitting there. When he came and met him, I was damn nervous.

When Mr Bachchan said, "Aap Log Kuch Khaenge", in nervousness, I prodded "Kya hai Khane Mei." And everyone laughed. That was like an ice-breaker and we all were treated to yummy samosas and other delicacies.

Working with Amitabh Bachchan was exciting because he makes sure the co-star is comfortable and you get to learn a lot. In one of the scenes, while we were shooting in Lucknow, it was very hot, so he had a small fan near him. I remember, he turned the fan towards me and asked, "Aapko Hawa aa Rahi hai'?

So that is the kind of person he is.

Q. And how was it with Ayushmann Khurrana?

A. The very first-time Ayushmann and I met on the sets of 'Gulabo Sitabo', he was like, 'Hey I loved you in Gully Boy'. He is a very warm person. There is no stress on the sets when he is around.

Q. Tell us about your future projects.

A. Well, there are a few movies in the pipeline which I can't talk about right now. Then, there might be a season 2 of Girls Hostel but due to lockdown things will take a little time to clear.

A. Honestly, I haven't worked that regularly in the sense that I have not been so busy as yet. So, it hasn't affected me to that extent. I work and chill with my family.

Q. Nepotism debate is back, especially after Sushant Singh Rajput's death. Did you ever feel like an 'outsider' in the movie business?

A. The incident is tragic. I don't really know the details of what actually happened with Sushant Singh Rajput. I am not fully aware, so can't comment on it. But initially, I use to feel sad about not getting a role. However, I later figured out that there are various parameters and reasons for not getting a particular part.

Therefore, it is not fair to point out one thing. I understood that I won't bag every role that comes my way and as of now, I am happy with my work and have no problems.

'Bulbbul' actress Tripti Dimri opens up on fighting her fears