In an exclusive report by Zee News, the farmhouse where Rhea Chakraborty, Sara Ali Khan and other friends used to party with Sushant Singh Rajput has been identified. 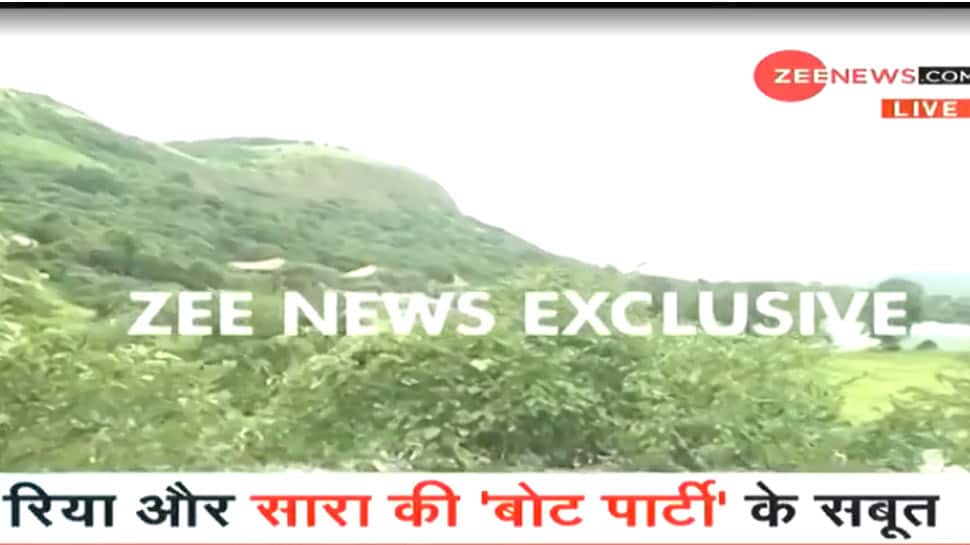 New Delhi: The sensational drugs conspiracy in the death case of Bollywood actor Sushant Singh Rajput has not only shocked the nation but also names of other stars like girlfriend Rhea Chakraborty and co-star Sara Ali Khan has added a twist to the case.

In an exclusive report by Zee News, the farmhouse where Rhea Chakraborty, Sara Ali Khan and other friends used to party with Sushant Singh Rajput has been identified.

Approximately 100 km from Mumbai city, a farmhouse named Aapati at Lonawala happens to the destination where all the parties took place. Zee News correspondent Pramod Sharma reached at the farmhouse via a boat.

According to sources, the boat owner told NCB officials that for 3-4 months earlier, Sushant used to come to this farmhouse along with Sara Ali Khan. But after February 2019, Rhea Chakraborty, Samuel Miranda, along with Showik Chakraborty and other friends partied with Sushant at this place.

Reportedly, the drug angle is being probed and therefore a few days back, NCB had recovered hookahs, ashtrays and medicines while conducting a raid at late star Sushant Singh Rajput's Pavana Lake farmhouse.

It has also been learnt that apart from Sushant and his friends, many other top Bollywood celebs partied at the same farmhouse.

Sushant Singh Rajput was found dead at his Bandra residence on June 14, 2020.