In the latest picture uploaded by Farhan, the actor can be seen cuddling Shibani happily in a picture that also has his family! 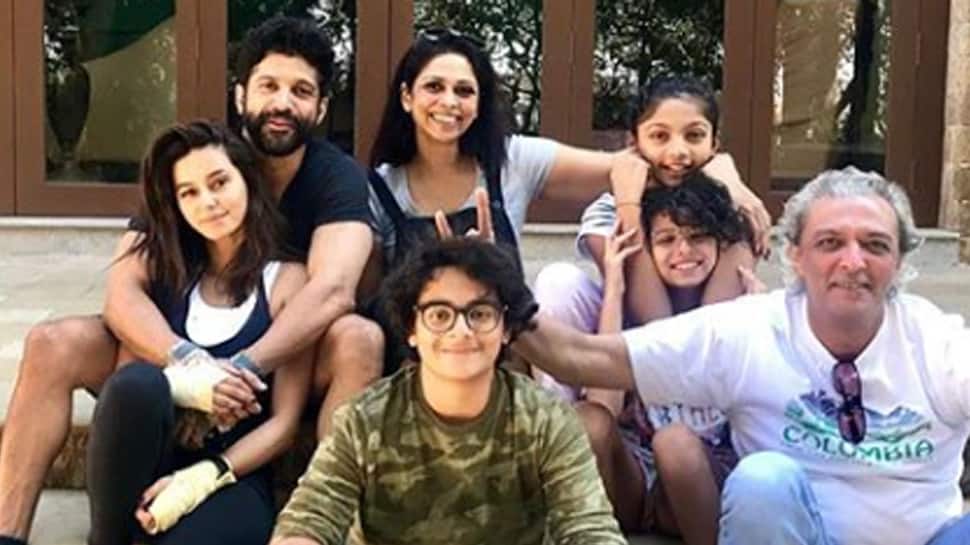 Farhan has time and again shared many pics with his alleged ladylove but hasn't directly admitted to being in a relationship with her.

In the latest picture uploaded by Farhan, the actor can be seen cuddling Shibani happily in a picture that also has his family!

In November last year,  Shibani had posted a picture with a mystery man, sending internet into a tizzy. . Netizens guessed that it's Farhan and rumours about them being a couple gained momentum. However, the two maintained a stoic silence over link-up reports. Adding more fuel to the fire, Farhan too shared the same photo with a 'heart' emoticon and what more of a confirmation one needs to keep it clear.

On the professional front, he will be next seen in a film by 'Margarita With A Straw' fame director Shonali Bose. It also features Priyanka Chopra and Zaira Wasim in the lead roles. It has been tentatively titled 'The Sky Is Pink'. The film is reportedly based on motivational speaker Aisha Chaudhary who was diagnosed with pulmonary fibrosis.