Dharmendra, Sunny and Bobby Deol dug out the best pictures from their family photo archive to share on Father's Day. 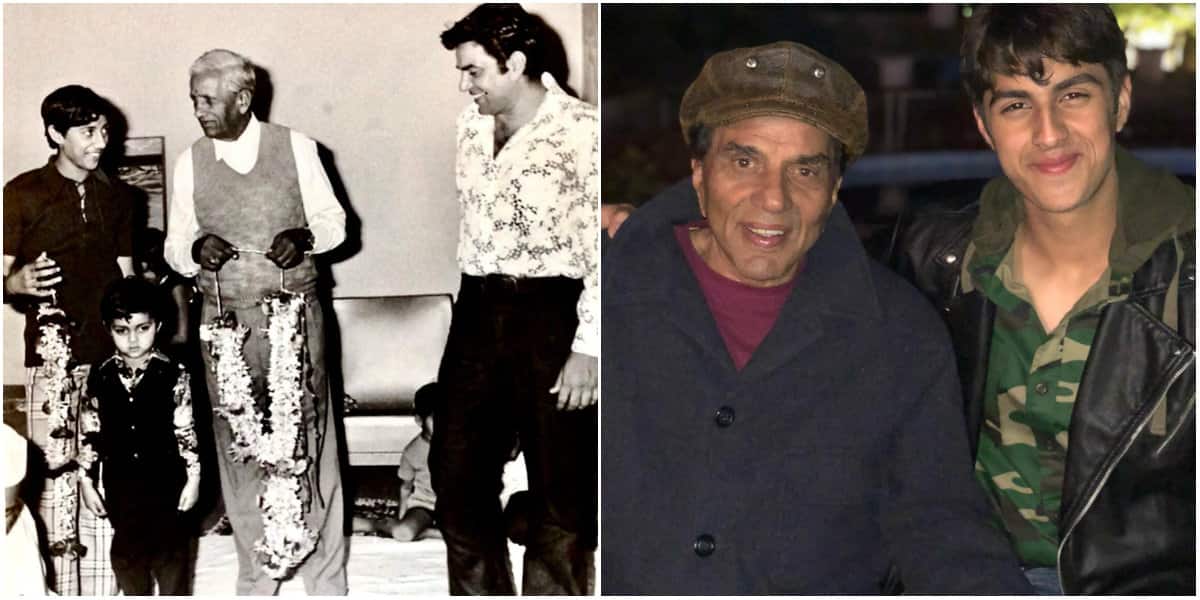 The Deols - Dharmendra, Sunny and Bobby - dug out the best pictures from their family photo archive to share on Father's Day.

First up is Dharmendra's. The 83-year-old veteran actor posted a black and white photo of himself with his father Kewal Kishan Singh Deol and his sons Sunny and Bobby. The photo features a young Dharmendra smiling and looking at his father and sons. Don't miss little Bobby Deol's cute expression while Sunny Deol stands behind him.

"Happy Father’s Day my father, my sons," read the caption.

Sunny Deol's post features a picture of him with Dharmendra and he wrote, "My life, my happines, my strength."

#fathersday My Life My Happiness My Strength

"Proud to be a son and proud to be a father. Happy Father’s Day to all fathers and happy 18th birthday to my angel, Aryaman," he captioned the post.

Proud to be a son and proud to be a father. Happy Father’s Day to all fathers and happy 18th birthday to my angel, Aryaman.

Meanwhile, Sunny Deol's son Karan, who is making his acting debut, wrote a lenghty post for his dad on Instagram and posted a photo of himself as a child cradled in the actor's arms.

"Many people look up at superheroes, mine is my dad," read an excerpt from his post.

Many people look up at superheroes, Mine is my dad. From seeing you push on from your ups and down, You always managed to turn things around, Looking at you turned my frown upside down. A single word won’t do justice to what you mean to me, But from here on now I’m not that kid anymore I’ve got your back indefinitely. I owe my life to you cause without you I would never have had anything, My ray of sunshine through everything. Cause no matter how big the problem you never gave up, And always came out of it with your head up. I don’t think there ever will be anyone as tough, Dad because of you I’m a fighter and I promise you I’ll never give up. #HappyFathersDay @iamsunnydeol

Sunny and Bobby Deol are Dharmendra's sons with his first wife Prakash Kaur, whom he married in 1954. Apart from Sunny and Bobby, the couple is parents to daughters Vijayta and Ajeeta.

Dharmendra, In 1979, married actress Hema Malini, but he didn't divorce Prakash Kaur. Esha and Ahana Deol are their daughters.