"The heart - wrenching pictures of the 'shahid' departed .. at the recent attack .. the family the fellow officers .. all to much to digest and refer to .. just , that our pride for them that sacrifice is beyond any other desire ..Jai Hind ! and salutations," tweeted Amitabh Bachchan. 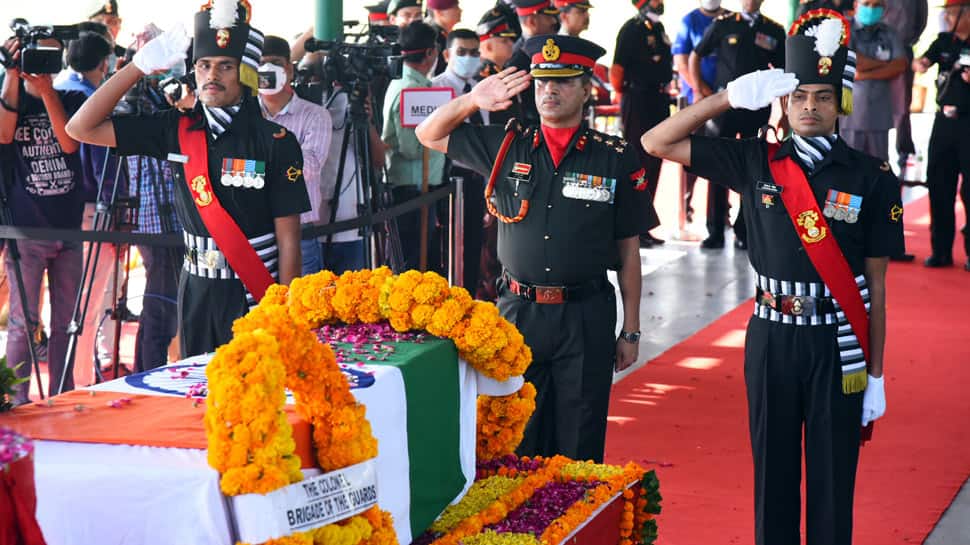 Mumbai: The film fraternity across Bollywood and South India have paid homage on social media to the martyrs of the recent terror strike in Handwara.

"The heart - wrenching pictures of the 'shahid' departed .. at the recent attack .. the family the fellow officers .. all to much to digest and refer to .. just , that our pride for them that sacrifice is beyond any other desire ..Jai Hind ! and salutations," tweeted Amitabh Bachchan.

Telugu superstar Mahesh Babu shared: "The Handwara attack - A dark time for our nation. Our soldiers' courage and determination to safeguard our nation remains unparalleled. I stand in silence to honour our soldiers who died on duty fighting for us."

Anushka Sharma tweeted: "Soldiers are also made of flesh & blood & emotion. The men & women behind the uniform & their families require as much love, focus & respect as the uniform itself. #JaiHind #JaiJawan"

Hema Malini shared: "I wud like to express my anguish & grief at losing 5 of our brave soldiers led by Col Ashutosh Sharma & Maj Anuj Sood. Snuffed out in the prime of their lives by the enemy in the Handwara encounter. My heart goes out fo the bereaved families for whom this is a terrible tragedy."

"Colonel Ashutosh Sharma, Major Anuj Sood, Lance Naik Dinesh Singh, Naik Rajesh and Sub-Inspector Shakeel Qazi have sacrificed their lives to protect the local residents of Handwara in Kashmir. I hope their sacrifice does not go in vain. My respect to these bravehearts. May God give strength to their families to bear this pain," tweeted Anupam Kher in Hindi.

Singer Ankit Tiwari wrote: "Let's not forget that it is because of the army men and security personnel that we are able to live in security. Let's take a moment of silence for the five martyred brave souls who were able to solve a hostage situation in the #Handwara_Encounter. Salute! #HandwaraEncounter."

Producer Ashoke Pandit expressed: "Another attack in #Handwara #Kashmir. Praying for the well being of our soldiers. More power to you. @crpfindia @adgpi."

Three CRPF men were among the four persons killed after terrorists attacked a CRPF party at Handwara in north Kashmir on Monday. The attack happened after an army colonel, a major, two soldiers and a police sub-inspector besides two terrorists were killed in an encounter in Handwara on Saturday.