Virender Sehwag, Harbhajan Singh, Mohammad Kaif and Suresh Raina (all cricketers) stopped the shooting of an advertisement to lend their support to a two-hour protest against the Pulwama terror attack on February 14, organized by artists and technicians belonging to 24 film associations, at Filmcity in Goregaon here on Sunday. 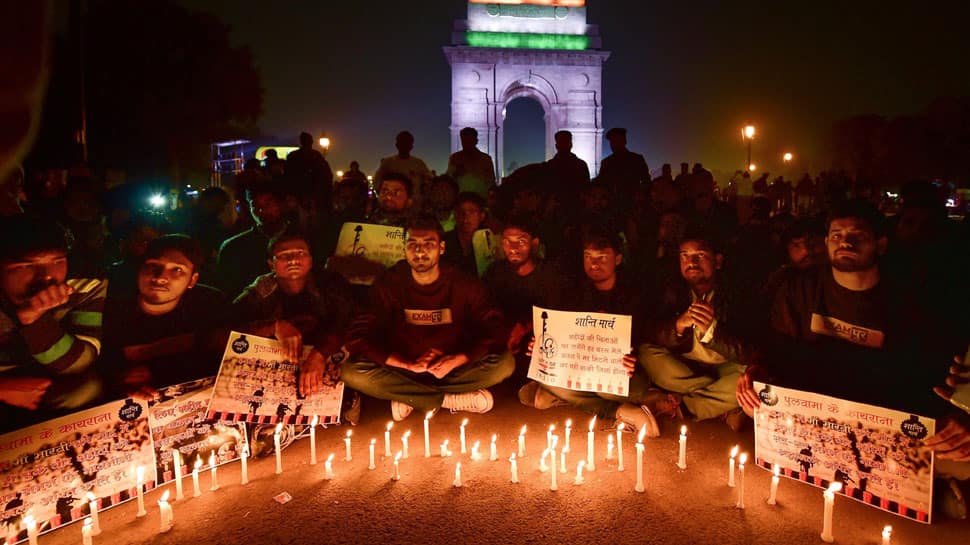 Mumbai: Virender Sehwag, Harbhajan Singh, Mohammad Kaif and Suresh Raina (all cricketers) stopped the shooting of an advertisement to lend their support to a two-hour protest against the Pulwama terror attack on February 14, organized by artists and technicians belonging to 24 film associations, at Filmcity in Goregaon here on Sunday.

Spear-headed by the Federation of Western India Cine Employees (FWICE), protesters also cautioned filmmakers against working with Pakistani talent or releasing their films in Pakistan.

"The Federation won't allow Pakistani artistes to work in Indian films. Also, we won't let producers release their films in Pakistan. The entire trade (with Pakistan) will be called off as far as the film industry is concerned," FWICE chief advisor Ashoke Pandit told IANS.

"One of the reasons why we have banned (filmmakers from working with Pakistani talent) is that none of the Pakistani artistes have condemned the massacre. We hope the producers, distributors and music companies will support the federation's these demands.

"If any producer or distributor do not cooperate, then the FWICE will boycott their shootings and other works. It means technicians and workers will not work with them, and they will not be able to function," he said.

Pandit pointed to Pakistani artistes recording songs overseas and releasing them in India with the help of music companies and producers.

THe FWICE chief advisor said, "for us, India and our armed forces are first. We will not allow any film release that has any Pakistani artiste or their song in it. No artiste is bigger than the country.".

After the Pulwama terrorist attack in which 49 CRPF troopers were killed, veteran actor Paresh Rawal appealed Indian news channels not to entertain or invite any Pakistani guests on their shows, T-Series removed videos and stopped promotions of two songs by Pakistani artistes after a demand from the Maharashtra Navnirman Sena (MNS).

On Punjab Minister Navjot Singh Sidhu, Pandit said he would not be allowed to function in the world of entertainment.

Sidhu has invited outrage for his remark that "nations cannot be held responsible for the dastardly acts of terrorists" and that the talks with Islamabad should continue.

His comments led to a huge uproar, with hashtags like #BoycottSidhu #BoycottKapilSharmaShow and #BoycottSonyTV trending on Twitter. Sidhu's remarks are also cited as one of the reasons for his ouster from the "The Kapil Sharma Show" on television.

Emraan Hashmi in Rajasthan for 'Bard of Blood' last leg