First pictures of Akash Ambani-Shloka Mehta as a married couple out!

Akash Ambani and Shloka Mehta tied the knot at the Jio World Centre in Bandra Kurla Complex in Mumbai. 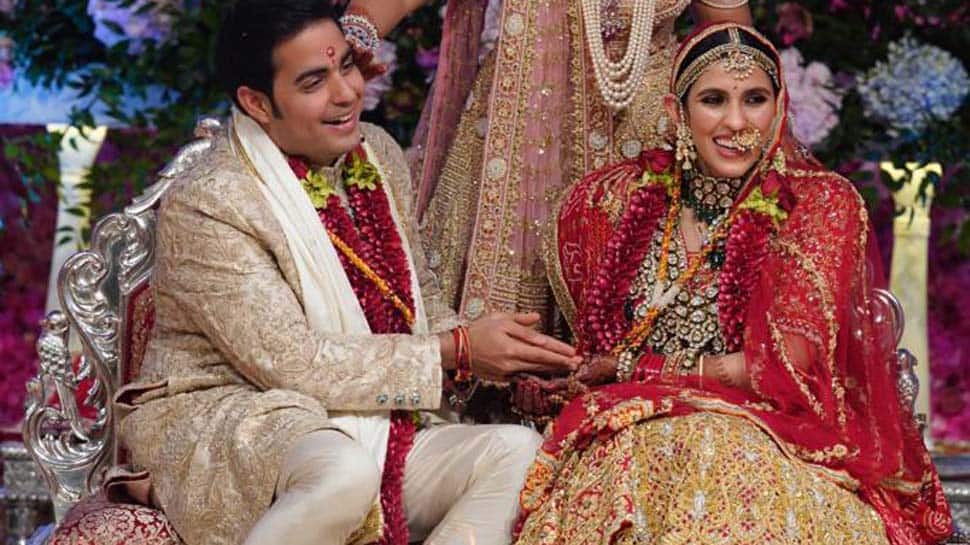 New Delhi: The wait is over as the first pictures of Akash Ambani and Shloka Mehta as man and wife have surfaced on the internet and they are just too beautiful for words.

In the pictures, Akash can be seen in his ivory sherwani while Shloka looked like a queen in the bridal lehenga.

Isha Ambani and Nita Ambani are also seen posing with the newly weds. 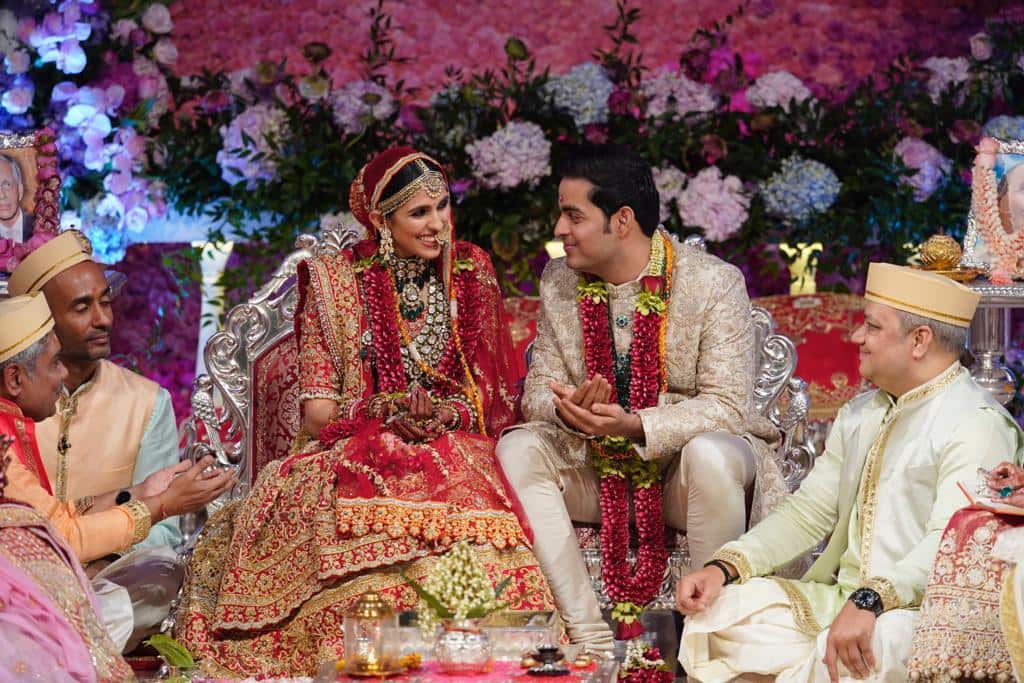 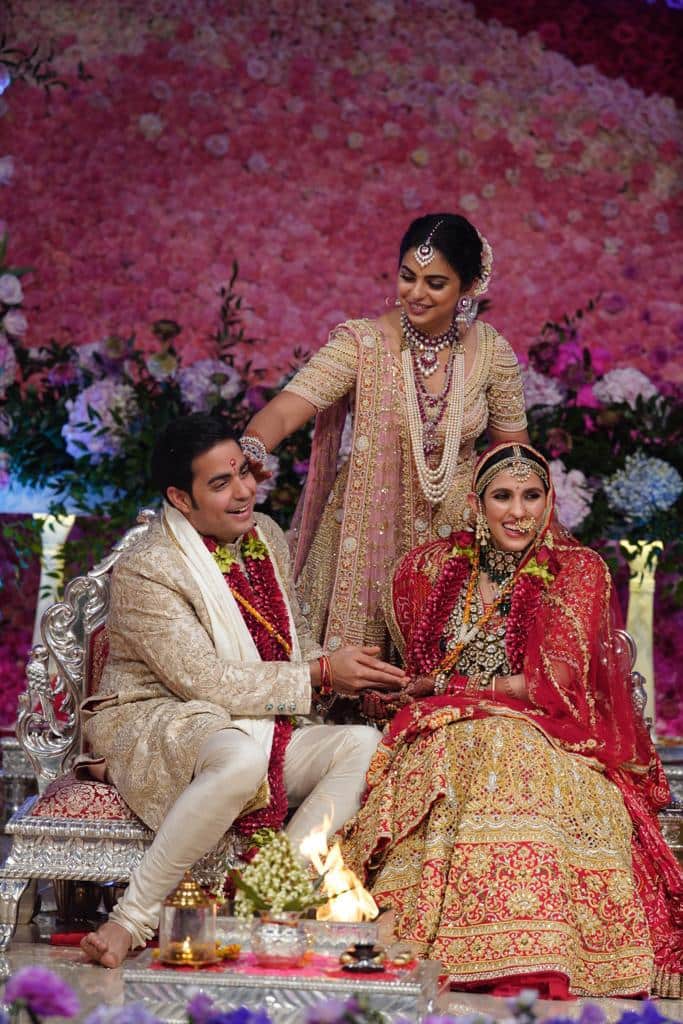 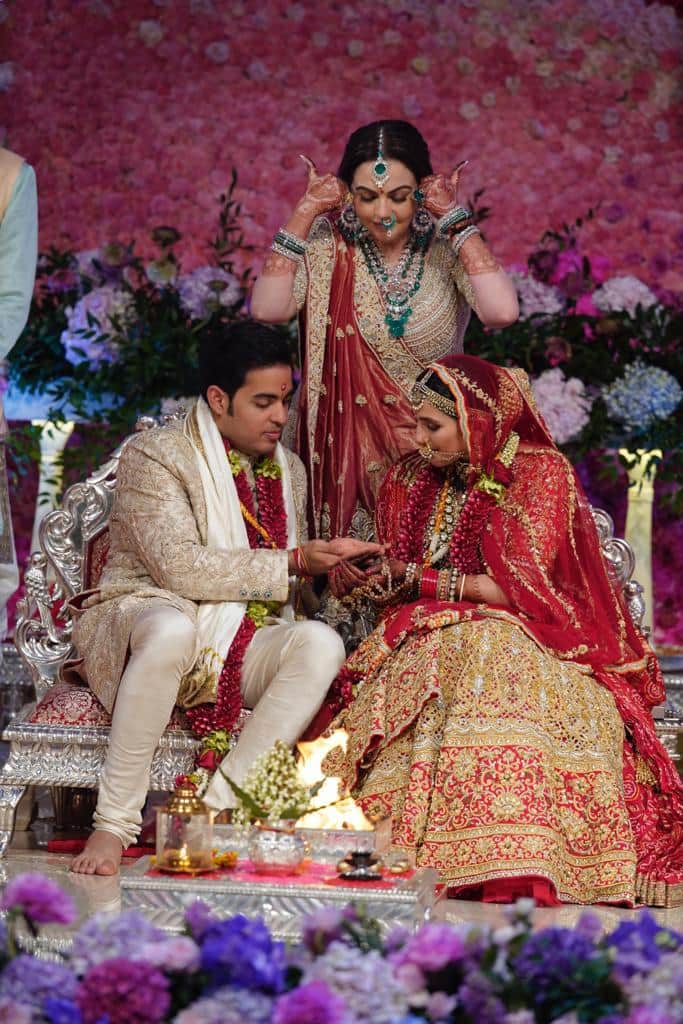 Akash Ambani and Shloka Mehta tied the knot at the Jio World Centre in Bandra Kurla Complex in Mumbai.

Earlier in 2018, Akash and Shloka got engaged.

The Ambanis hosted a star-studded pre-wedding party for Akash and Shloka in Switzerland's St Moritz a week ahead of their wedding..