Allee Willis was working with rapper Big Sean at her home over the past few months. 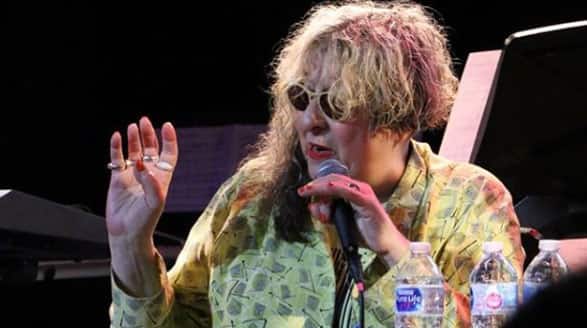 Los Angeles: Songwriter Allee Willis, who is best known for composing the theme song of the popular sitcom "Friends", passed away on Tuesday after a cardiac arrest. She was 72.

Animator and producer Prudence Fenton, who is described by a family friend as Willis' "partner and soulmate", is reportedly "in total shock" after the sudden death of her best friend, which occurred just after 6 pm, reports variety.com.

Willis entered the Songwriters Hall of Fame in 2018 for a catalogue that also included hits such as "Neutron Dance", "What have I done to deserve this?", "Lead me on" and "Boogie Wonderland", and "You're the best", which is the theme track of "The Karate Kid".

She was working with rapper Big Sean at her home over the past few months.

According to the Times profile, her Songwriters Hall of Fame brief describes Willis as "a queen of kitsch who made the whole world sing".

The songwriter was a two-time Grammy winner and was also nominated for a Tony and an Emmy.

Willis had originally written the "Friends" theme song "I'll be there for you" on assignment as a 60-second piece.

When the pop duo Rembrandts came on board, they wanted to expand it into a complete song, so contributed a bridge and a lyric for the second verse. This was born the full-length version of the song.

Willis recorded her lone album "Childstar" in the seventies. This helped introduce her as a songwriter to other singers of the era.

She was also a visual and social artist, painter, director, collector of odd artefacts and memorabilia, and a stand-up comedian and performance artist.