From Arjun Kapoor to Varun Dhawan, Bollywood celebs take a sip of old age with FaceApp

#FaceApp challenge: Twitter and Instagram are currently overloaded with edited grey-haired pictures of young people and Bollywood celebs have happily joined the bandwagon. 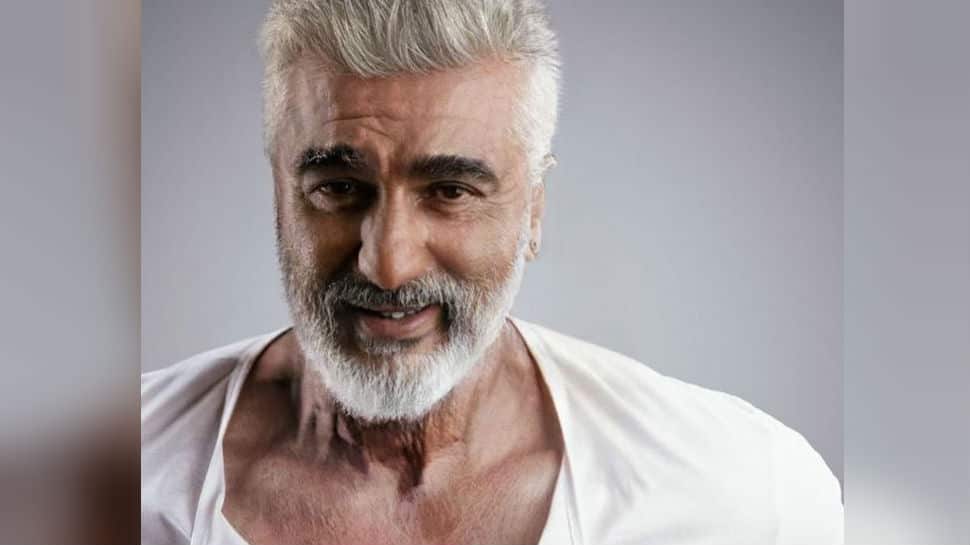 New Delhi: Unless you have been living under a rock, you might be familiar with the latest FaceApp viral trend that has taken the social media by storm. Twitter and Instagram are currently overloaded with edited grey-haired pictures of young people and Bollywood celebs have happily joined the bandwagon.

Varun Dhawan is the latest B-Town A-lister who has shared the photoshopped picture of his older self. Grey hair on the head and six-packs intact, Varun looks nothing less than a dream as he strikes a pose in a white tracksuit.

70 years of reebokXvarundhawan P.s I didn’t stop training. Alot of people feel this is the way @anilskapoor will look when he’s 100

Referring to his edited picture, Varun suggested that that's how Anil Kapoor will look when he is 100.

"I didn`t stop training. A lot of people feel this is the way Anil Kapoor will look when he`s 100," he wrote in the caption.

Posting the screenshot of the 'Kalank' actor's post on his Instagarm story, Anil Kapoor wrote, "I don`t know about when I am 100 but this is definitely my fitness inspiration for the day."

Following the trend, the Jonas brothers also posted a filtered photo of their old selves on their official Instagram page.

Ayushmann Khurrana too couldn't keep himself from finding out how old age will treat him and ended up on the app. The 'Article 15' actor posted the edited picture of himself on Instagram story.

Following the footprints of his elder brother, Aparshakti Khurana too posted a filtered picture of himself.

Needless to say, he completely rocked the gray-haired look dressed in a tuxedo.

"Getting old is like climbing a mountain; you get a little out of breath, but the view is much better!" he wrote alongside the picture.

Getting old is like climbing a mountain; you get a little out of breath, but the view is much better!

Taapsee gave the trend a personal twist and posted a picture of herself from the sets of her upcoming film 'Saand Ki Aankh' where she is dressed as an old lady.

With her face covered in makeup and detailed wrinkles, making her look like an old woman, the picture no less than any other digitally edited pictures people have been sharing.

"And NO THIS IS NOT FROM THE APP Everyone is going crazy about!," she captioned the picture.

And NO THIS IS NOT FROM THE APP Everyone is going crazy about ! #SaandKiAankh #ThisDiwali

Arjun too posted his own version on Tuesday. Ripped body, grey hair, stunning beard and killer smile, the wrinkled up version of Arjun looks absolutely jaw-dropping."Old age hit me like," Arjun tweeted alongside the picture.

A couple of days ago, a photoshopped picture of Deepika Padukone and her husband Ranveer Singh, featuring the two actors in their 80s, went viral on social media. Gradually the trend spread like wildfire on social media.