Gauahar Khan: I try to rediscover myself every time I'm on a set 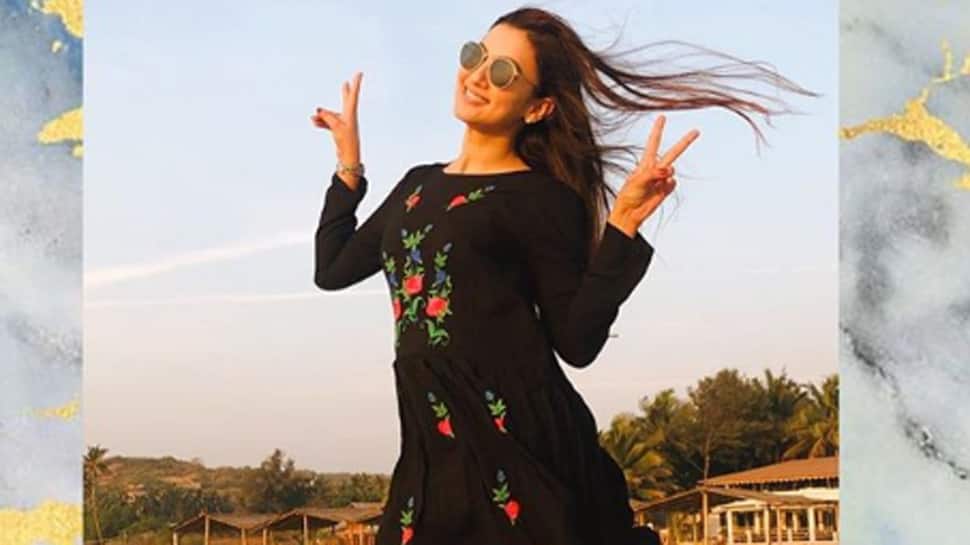 Mumbai: Gauahar Khan is in awe of filmmaker Srijit Mukherji, whose new Bengali film "Gumnaami" opened on October 2. Gauahar has dubbed the Hindi dialogues for a character in the film.

Talking about dubbing for "Gumnaami", Gauahar said: "My character is the wife of the protagonist. It's a political and historical subject. This morning I was reading some amazing reviews of the film. I feel dubbing is 70 per cent of acting, and if you don't do it properly you can really spoil it for an actor. So, it's a big responsibility."

The period drama "Gumnaami" deals with the three theories behind Netaji Subhash Chandra Bose's death. The first being the plane crash theory, the second being the theory that he died in Russia, and the third theory being that he came back to India and died as Gumnaami Baba. The film mainly looks at the Mukherjee commission proceedings, where all these theories were discussed, debated and questioned.

Talking about the relevance of the subject in today's times, Gauahar said: "It (Bose's death) is still a mystery. Even today in the history books you don't know what happened. There are different versions and theories. As a director, only Srijit sir can dare to take up a subject like this, which has caused quite a stir. But I know he delves into the nitty-gritty of any subject. I am sure he has done his research and has had worked on every little nuance he could tap. He is always careful with his homework."

Gauahar has earlier worked with director Srijit Mukherji in the 2017 flick "Begum Jaan", and she considers him a genius. "Working with him in any capacity is an amazing experience. Srijit sir is a genius -- I always tell him that! The way he perceives things, the way he thinks about a scene, the way he directs is very unique and very intelligent. I am in awe of everything he does. Any opportunity to work with him, I would definitely do it," she said.

The actress also expressed her eagerness to get directed by the multiple National Award-winning directors in a Bengali film. "I'd love to do a Bengali film with him! I'd love to learn the language. Bengali is a very sweet language. If Srijit sir ever gives me that opportunity, I'll definitely do it. I would do anything to work with him. Even if he makes a Bollywood film next, I hope to be a part of that, she said, adding: "I learnt Punjabi for a Punjabi film and now I can speak Punjabi fluently. I am eager to learn Bengali, too."

The actress, who seems to defy age with her beauty and fitness, shared her secret: "I just try to stay happy. You have to maintain and take care of yourself. I work out a lot, I wake up at 5.30 every morning. These are things that make me feel I am living a worthy life. I am making the most of my time. I do everything I have to. I try to rediscover myself every time I am on a film set and playing a new character."

On the work front, Gauahar's latest is the Hotstar sitcom "The Office".

Rajkummar Rao is an inspiration: 'Made in China' co-actor