Shah Rukh Khan's wife and interior designer Gauri Khan, on Wednesday, walked down the memory lane and treated fans with a throwback photo of the star couple on social media. 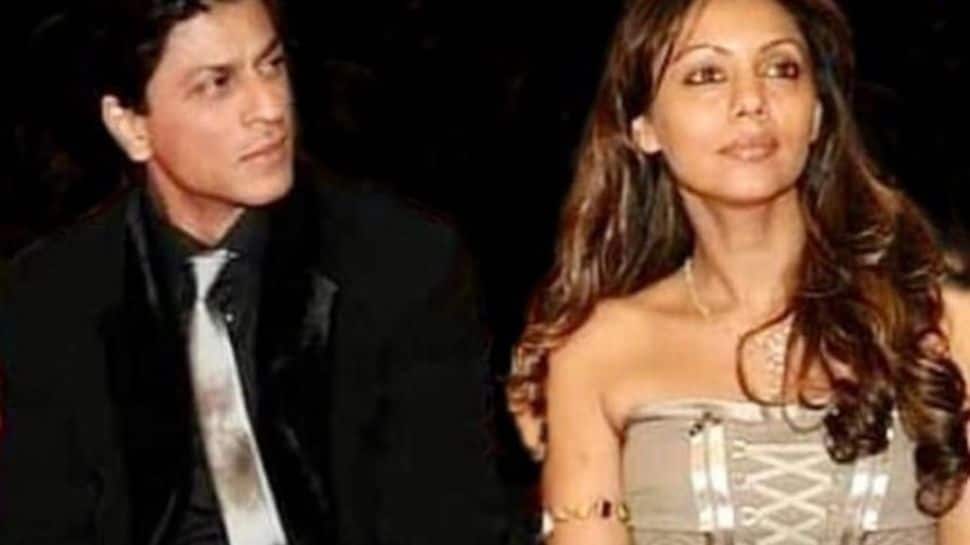 Gauri took to her Instagram handle and posted a candid photo in which she and Shah Rukh could be seen sitting together at an event. While the 'My Name is Khan' star was dressed in a dapper black suit, his wife exuded elegance by donning a grey coloured outfit.

In the caption, Garuti wrote, "Collect moments and good times," followed by a heart emoji. The stunning throwback picture sent netizens into a tizzy with fans dropping scores of comments on the post.

One user wrote, "Beautiful power couple. Many love and blessings to you and SRK. Love from your fan in NJ", while another called them 'Royal couple of Bollywood."

Filmmaker Zoya Akhtar also commented, "How beautiful you both are." The post garnered more than 52 thousand likes within a couple of hours of being shared.

Shah Rukh and Gauri are childhood sweethearts, who eventually tied the knot in 1991. The power couple of Bollywood has been together for more than three decades now and are proud parents to their three children Aryan Khan, Suhana Khan and AbRam Khan.

They last featured together in the final episode of the Netflix reality show 'Fabulous Lives of Bollywood Wives', which explored the personal and professional lives of their friends, Bhavana Pandey, Maheep Kapoor, Seema Khan and Neelam Kothari Soni.

Meanwhile, on the film front, Shah Rukh, who was last seen on the big screen in Aanand L Rai's 'Zero', will be seen sharing screen space with Deepika Padukone and John Abraham in 'Pathan'.

Also, 'Pathan', which is being backed by Yash Raj Films (YRF), will mark Shah Rukh's return to the silver screen after 2018's 'Zero'.