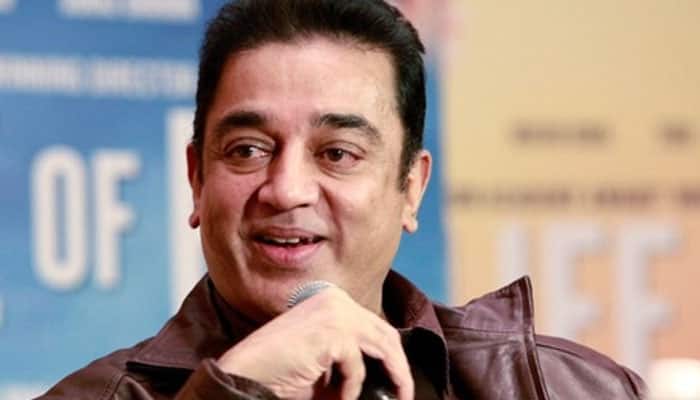 New Delhi: Kamal Haasan is a big name in the Film Industry and has starred in several blockbuster hits. The actor, who began his film career as a child artist in Tamil film Kalathur Kannamma (1960), turns a year older today and fans are quite excited for the same.

Twitter is full of wishes for Haasan and hashtag #HappyBirthdayKamalhaasan is trending on the micro-blogging site.

Here's taking a look at some of the Twitter wishes:

Birthday Wishes To #Ulaganayagan @ikamalhaasan Sir From All #ThalapathyVijay Fans

#60YearsOfKamalHaasan
The best Tamil actor for past 4 decades and one of the best when it comes to Indian Cinema! Salute@ikamalhaasan Sir ! Best Wishes From @dhanushkraja Sir Fans#HBDKamalHassan#HappyBirthdayKamalhaasan

You can love him for many things. But we respect him for never giving up no matter what. May you live a long, blessed life. Happy birthday @ikamalhaasan sir.#HBDKamalHassan #HappyBirthdayKamalhaasan pic.twitter.com/jzxUH0oPOA

Hbd kamal sir. Wish to see u and thalaivar together in a movie. May be full fun film like panja thandiram#HBDKamalHaasan #HappyBirthdayKamalhaasan pic.twitter.com/s0AMXmk4dG

The actor-turned-politician has been awarded several honours in his film career.

In 1979, Haasan was awarded the Kalaimamani award, the Padma Shri in 1990 and the Padma Bhushan in 2014. He was honoured with the Ordre des Arts et des Lettres (Chevalier) in 2016. Interestingly, Haasan has won three National Film Awards, the second-most by any Indian actor, and nineteen Filmfare Awards.