Hardik and Elli were rumoured to be dating sometime in 2018. However, they never made things official. 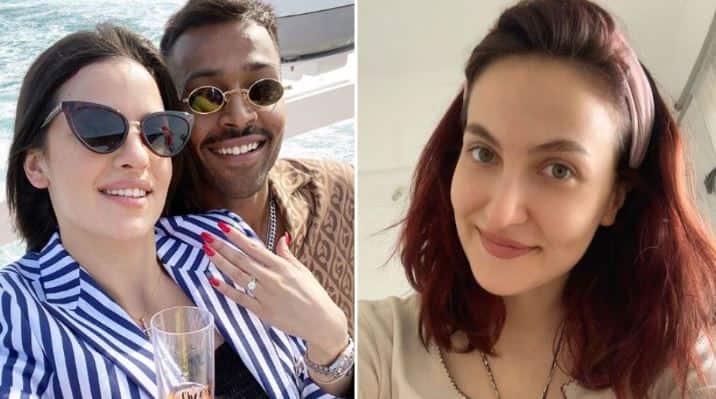 New Delhi: In January 2020, when cricketer Hardik Pandya had announced his engagement to actress Natasa Stankovic, a post by his rumoured ex-girlfriend Elli AvrRam had trended big time. The post was shared just a day after Hardik and Natasa’s engagement and netizens believed it was something to do with the new couple in town. “Be your own angel this time,” read Elli’s caption for the picture, which featured her standing in front of a wings-like lights.

Be your own Angel this timex

Now, months later when Hardik and Natasa are all set to take a step forward in their relationship, BollywoodLife caught up with Elli and she finally revealed that the post had nothing to do with the cricketer.

"Oh...my, God, you got to be kidding me. That New Year's one... no, it had nothing to do with him. I love the way you guys just pick up things and overthink and go into this space of like, oh... she's trying to send a message to him. If I want to tell him something, I'd just drop him a message. I don't have to go through Instagram to do it. So, no, that had nothing to with him, nothing, and I'm seriously happy for him and Natasa," Elli said.

Hardik and Elli were rumoured to be dating sometime in 2018. However, they never made things official.

His engagement to Natasa came as a shocker for many in his fraternity and Bollywood too. Last week, the couple also announced that they are all set to embrace parenthood.

Natasa and I have had a great journey together and it is just about to get better  Together we are excited to welcome a new life into our lives very soon. We’re thrilled for this new phase of our life and seek your blessings and wishes

Natasa is a Serbian model-actress. She debuted in the entertainment industry with 'Bigg Boss 8' and has appeared in special dance sequences in films such as 'Satyagraha' and 'Fukrey Returns'.

On Neena Gupta’s birthday, daughter Masaba reveals the ‘greatest lesson’ she taught her