The 23-year-old Panipat girl is a commerce graduate from Venkateshwara College, Delhi University. 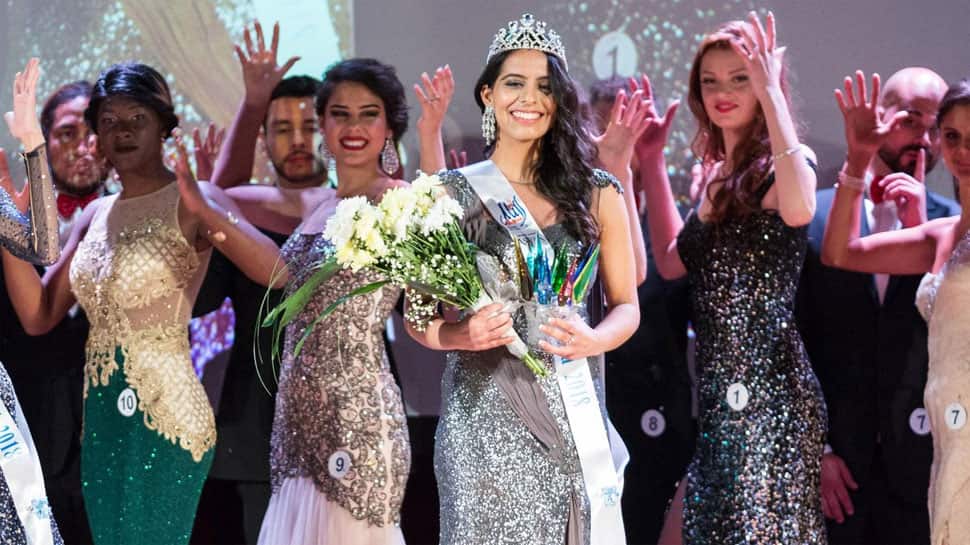 Chandigarh: Haryana girl Nishtha Dudeja has proved that disability cannot come in the way of success. She has won the Miss Deaf Asia 2018 title at an international pageant held in Prague recently.

Nishtha, who is the first Indian to have won any title at the Miss Deaf World Pageant, said on Monday that she faced tough competition from contestants from China, Thailand, Taiwan, Israel, Czech Republic, Belarus, Mexico, South Africa and other countries at the 18th edition of Miss and Mister Deaf World -Europe -Asia Beauty Pageant 2018 held recently at Prague, Czech Republic.

The beauty from Haryana's industrial city of Panipat, around 85 km from New Delhi, who was born deaf did not think of herself being differently-abled and chose to take her chance in the field of beauty.

What a moment! It was overwhelming. It's certainly something I will cherish forever! It was an amazing night. For d first time, India won any crown at Miss and Mister Deaf World pageant. I'm happy that I won dis crown for India.#NishthaDudeja #MissDeafAsia2018 #MissDeafIndia2018 pic.twitter.com/tn6txUSpWR

Thank you #INDIA! On winning #MissDeafAsia2018, I want to convey that the differently abled people don't need sympathy or pity. All they need are opportunities to prove themselves.
Jai Hind!

"I want to thank my parents for their consistent support who were always there to help me. Now I want to help the deprived people even at the cost of my comfort. I believe that the differently abled people don`t need pity. They only deserve equal opportunities to prove themselves," Nishtha, who has returned to India now, said.

The 23-year-old Panipat girl is a commerce graduate from Venkateshwara College, Delhi University, and presently pursuing MA in economics from Mithibai College, University of Mumbai. Prior to this title, Nishtha had also won the Miss Deaf India title on February 26 this year in Jaipur.

She is the brand ambassador for Sivantos India Pvt Ltd. (Formerly Siemens hearing Instruments Pvt Ltd.), the world`s leading brand of hearing aids, having about a 25 per cent market share globally.

Nishtha was always a bright student from her school days, who was always keen on learning something new in life. Seeing her interest in extra-curricular activities, her mother sent her to learn judo at the age of seven. Nishtha did judo for about five years, participated in various tournaments up to international level and won medals.

Ved Prakash Dudeja, father of Nishtha and Chief Engineer in the Northern Railways, gave the credit of his daughter`s success to his wife who has worked hard for Nishtha`s success.

Nishtha`s mother, Punam Dudeja, who is a homemaker, said: "We were heartbroken when we came to know that our child will not be able to hear lifelong but we did everything to make our daughter`s life a successful one."