Helen Mirren: Flattering to be mistaken as Keanu Reeves' girlfriend

"That was very flattering on me, you know, because she's obviously lovely," she added. 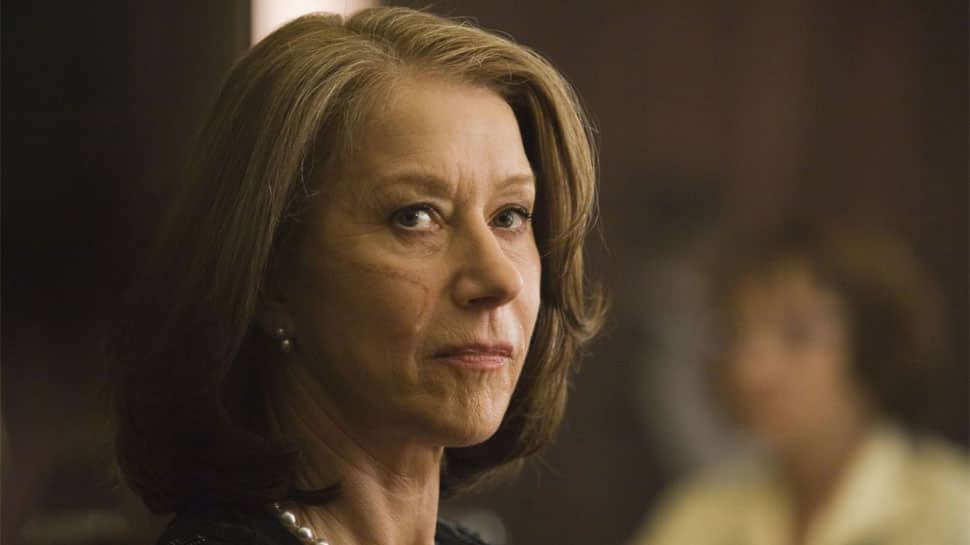 Recently, Reeves surprised everyone by making a rare appearance with his first girlfriend in a decade, Alexandra Grant at an event.

Grant, who wore her natural, silver hair tied back in a bun with her bangs down, passingly resembled Mirren, and the internet went wild with the misunderstanding.

"I saw that," Mirren told etonline.com while referring to the Twitter furor that erupted over Reeves' girlfriend.

"That was very flattering on me, you know, because she's obviously lovely," she added.

Mirren, who has been married to director Taylor Hackford for 22 years, says she knows Reeves, and has nothing but love for the "John Wick" star.

"I do know Keanu very well. He did a film with my husband and he is just the most adorable, lovely person," Mirren said, referring to the 1997 horror thriller "The Devil's Advocate".

At the event, Reeves, 55, and Grant, 46, didn't let go of each other, and exchanged loving glances while posing for photographs in front of the press. He beamed at her and held her hand as he walked past photographers and the press while heading into the museum.

Reeves looked smart in an all-black suit, while Grant looked graceful in a navy blue gown, heels and bangle bracelets. Reeves has collaborated with Grant on the books "Ode To Happiness" and "Shadows". The business partners also have publishing house X Artists' Books.

For weeks there have been rumours, Reeves has gotten serious with the artist. The couple looked very happy in mid October when they were arm in arm as they left a sushi bar on Sunset Boulevard in Los Angeles. Grant was seen resting her head on Reeves' shoulder as they strolled.

Reeves has always keep his personal life very private. He has been linked to Amanda De Cadenet, Sandra Bullock and Claire Forlani in the past.

For much of the nineties, he was with Jennifer Syme. They faced heartache in 1999 when their daughter Ava was born stillborn at eight months. In 2001, Syme drove her car into a row of parked cars in Los Angeles. She died instantly. She was 28-years-old at the time of her death.

Emraan Hashmi-starrer 'The Body' to release on Dec 13